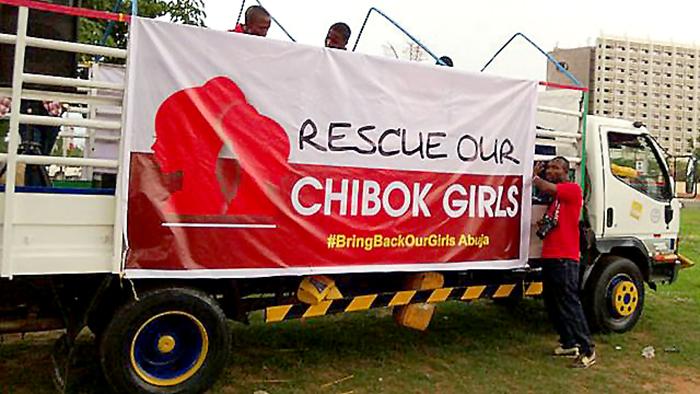 One minute, you are preparing for your final exams, rereading your notes over and over.  The next minute you hear gunshots, and then turn around to a gun pointed at you and your classmates are forced onto trucks.

You are taken away from your school, your friends, your family and your life as you know it.

This is what happened on April 14,  when armed militants targeted and attacked the Government Girls Secondary School in Chibok, Nigeria.  During this attack, nearly 300 girls were held at gunpoint as they were kidnapped by a Muslim terror group called Boko Haram, whose name can be translated to “western education is sinful”.

While some of the girls have managed to escape, 200 are still missing.  Cries for help stream all over social media with pictures and hashtags, but little seems to be happening.  These girls are facing the possibility of being forced into marriage, sold as sex slaves and who knows what other horrific terrors.

So why, as a country who fights for freedom and for the freedom of others, who fights against terrorism,  is the United States, just seemingly standing by and waiting for the terrorist group to simply return the girls?  It has been over three weeks and as more time goes by, the chance of finding and returning the girls home safe, and alive grows smaller and smaller.

Nigeria’s efforts to find the missing girls are lacking,  however, it seems like excuses for why the U.S. is not aiding keep building.

With the time that has passed since the kidnapping, finding the girls seems less likely.  The girls could have been separated.  Nigeria’s Military is ill-equipped and non-trustworthy.  These are just some of the reasons given as to why rescue efforts have been called “risky” and “complicated,” according to an article by Faith Karimi of CNN.

So here is the question I pose to you: would these excuses be merited if a similar situation happened here in the States?  If almost 300 daughters, sisters, nieces, friends and granddaughters were ripped from their lives and from their families, would we just stand by and wait to see where they ended up?

It is unfathomable that this country of ours would even consider no action as a possible form of action.  That being said, it seems only right that the U.S. step in and help aid in the combat against these acts of terrorism that Nigeria is facing for giving their girls a chance at an education.

The only crime these girls committed was trying to achieve higher learning.  Now they could potentially be forced into marriage to members of the terrorist group that abducted, raped or killed them.

That is too high of a price to pay for education.