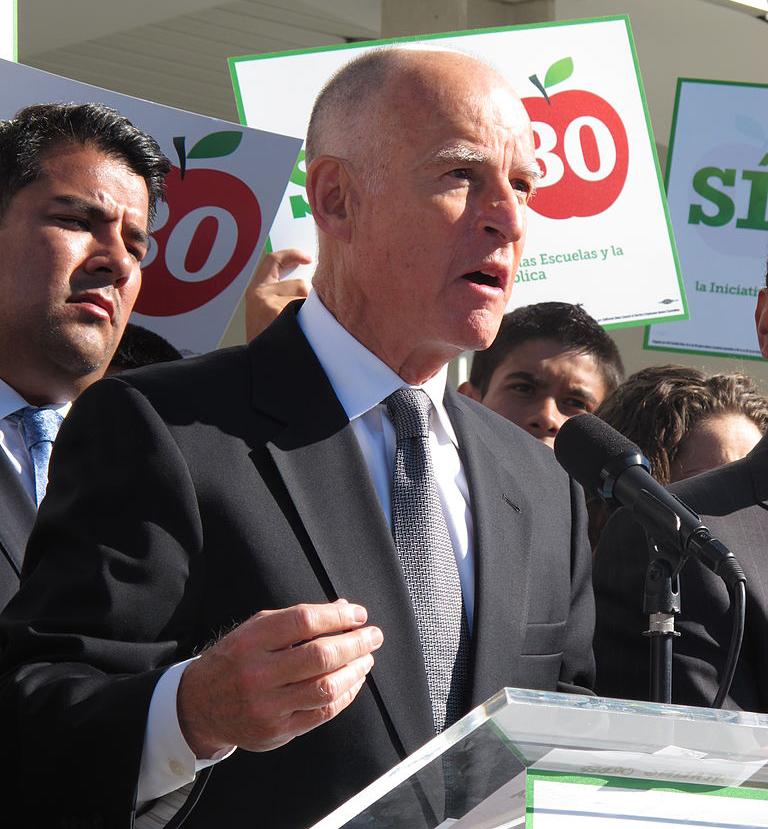 Gov. Brown's campaigning for Proposition 30, which helped fund education, in 2012 is just one reason why he should be re-elected for a fourth term.

On Tuesday, Nov. 4 students will face a simple choice when they cast their ballot for the 2014 General Election.

A choice between two men vying for the position of California Governor.

That choice is quite clear: Jerry Brown should be re-elected for his fourth term in office.

While Brown has a great many accomplishments to his name during his first two terms in the late 70s and early 80s, it is what he has done since entering office in 2011 for education that makes the choice clear who should be our next governor.

Others might have written and proposed many of the education bills, but it is Brown’s leadership and focus on education that has helped the bills pass through the senate and assembly so that he can sign them into law.

The state’s Cal Grant scholarship program received a boost, with the governor approving bills that are intended to increase the amount of some awards, as well as remove what one lawmaker called a procedural “flaw” that unfairly blocks some students from receiving the awards, according to an article from EdSource.

During the last election cycle in 2012, it was Brown’s support of Proposition 30 that helped the prop pass, bringing much needed financial support to colleges that suffered during the economic downturn.

In a move to confront issues with sexual assault on campus, Brown signed SB 967 which has become known as the “yes means yes” bill. It holds schools responsible for improving how they handle sexual assaults on campus, changes the meaning of consent to only count if a person actively says yes to any sexual encounter and requires schools to provide support services for the victims of sexual assault.

The Student Online Personal Information Protection Act, SOPIPA, signed by Brown in September prohibits online educational services from selling the data of students to third party organizations that would use that information to target advertising as well as create a profile on students for non-educational purposes.

Senate Bill 850 is the latest of bills that Brown signed into law.

The bill’s passage sets up a pilot program allowing up to 15 community colleges in California to offer bachelor’s degrees in vocational subjects not available at local four-year schools.

Brown’s father, the former Gov. Edmund G. Brown Sr., served two terms and was instrumental in the formation of the California Master Plan of Higher Education which has guided the educational system in the state since the 60s.

While his father laid the groundwork, it is Brown that has helped expand past the over fifty year old plan to move education forward.

Brown has accomplished so much for the education system since his election, it only makes sense that if given another term that he’ll do so much more.

The system is on more stable footing but there is more work to be done to make sure that education moves back to the ideal of being available and affordable for everyone.

Education is one of Brown’s highest priorities and if students want to continue to progress, then Brown must be re-elected.

If your education is important, your voting decision is already made.