All eyes on the screen: A take on Trump and his involvement with Twitter 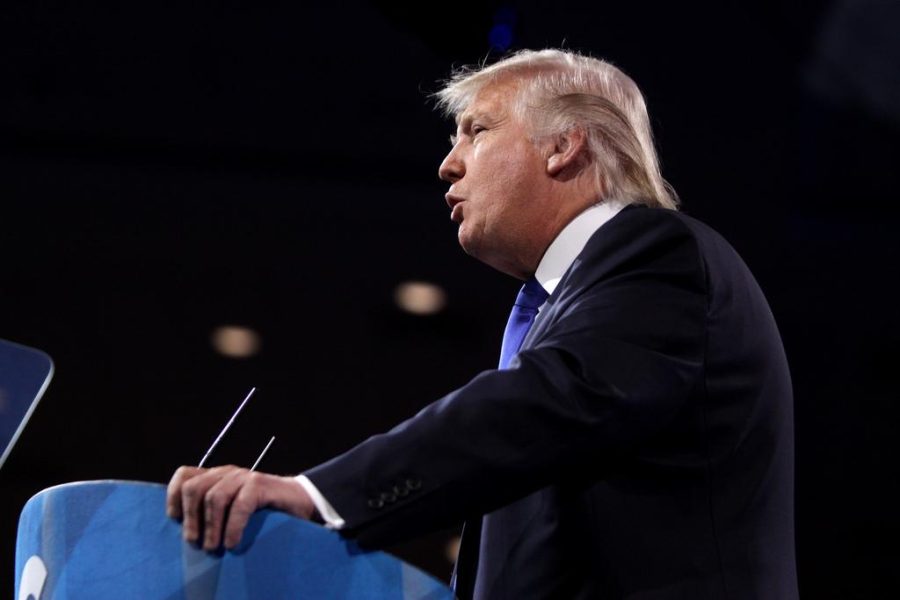 It seems now that each new tweet composed by our ever-articulate President-elect Donald Trump sparks an entirely new controversy. After a historic and improbable run for the highest elected office in the United States, Trump now has exactly what he’s always wanted – the world’s eyes on him.

The 2016 election cycle proved itself to be one of the most polarizing, aggressive and scandal-ridden affairs of American history. That is the element in which Donald Trump has always thrived, and will continue to do so.

Many of Trump’s opponents and critics have cited his confrontational tweets as reason to discredit him as an unfit candidate for the presidency. Yet, Trump’s idea of what gives anything its value is how many people are seeing it.

How many times this election cycle have the various mainstream media services run stories on Trump and his tweets? Too many to count. This fact alone gives Trump all the personal validation he needs and seeks so rabidly.

Normally, people tend to shy away from political topics on social media. According to the Pew Research Center, 83 percent of participants polled said they would actively ignore political arguments on social media, and 39 percent stated they had changed their account settings to see fewer politically charged posts and/or blocked/unfriended users who continued to offend or challenge their beliefs.

The way Trump uses Twitter to his advantage is simultaneously ingenious and terrifying. Instead of tweeting about policy, bills and amendments (aside from the sacred Second Amendment, that is), Trump opts to make each of his tweets an explicit, emotionally driven attack or self-congratulatory declaration of victory. While people shy away from political interaction, they definitely do not follow suit when a person they respect is attacked so ungraciously. Trump’s recent verbal assault on civil rights icon John Lewis is a perfect example of this.

In one of the most intriguing interviews concerning Trump’s character, Tony Schwartz, ghost author of Trump’s famous best-selling 1987 biography “The Art of the Deal,” revealed that after 18 months at Trump’s side while writing the book, he believes, “[i]t’s impossible to to keep him focused on any topic other than his own self-aggrandizement for more than a few minutes.”

Evidence for Schwartz’s statement appears in abundance not only in Trump’s tweets, but each of his speeches, press conferences and debates.

Trump’s preference to communicate to the public in short snippets of language on Twitter reinforces the notion that his message – or lack thereof – does best when people have only small, easily digestible amounts of information to ponder.

Schwartz said that in the entire 18-month period he was glued at the hip to Trump, he never once saw a book on his desk, in his apartment or elsewhere. “I seriously doubt that Trump has ever read a book straight through in his adult life,” Schwartz said.

Trump essentially admitted as such when interviewed on Fox News by Megyn Kelly. When Kelly inquired as to what book he had most recently read, Trump said, “I read passages, I read areas, I’ll read chapters – I don’t have the time.”

Trump does not convey relevant information in any medium, only spectacle and an image of success that the everyman of the American past idolizes. One of the most interesting quotes from Schwartz states, “More than anyone else I have ever met, Trump has the ability to convince himself that whatever he is saying at any given moment is true, or sort of true, or at least ought to be true.”

That is exactly what Trump has created in the American masses through his tweets: an illusion of what America is, where it stands and where it could stand with him in charge.

Perhaps the single most sobering quote from anyone who has spent a significant amount of time from an incoming president, Schwartz lastly stated, “I genuinely believe that if Trump wins and gets the nuclear codes there is an excellent possibility it will lead to the end of civilization.”

Perhaps Schwartz picked up on Trump’s affinity for hyperbole. One can only hope.