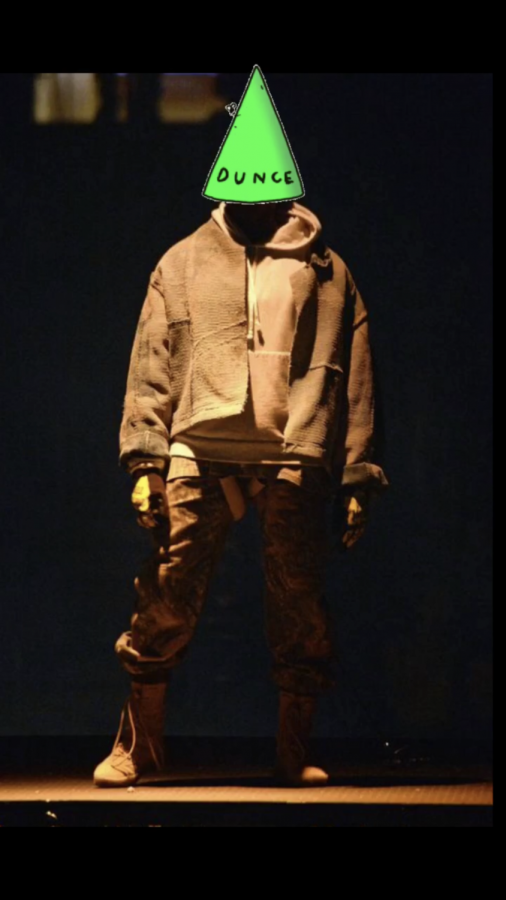 We’ve all had that one friend or family member who likes to voice their opinions anytime, anyplace, around anybody, to the point where whenever they start talking, you immediately cringe and think to yourself, “oh no, please don’t say something mean, rude or stupid!”

I look at Kanye West as that individual.

West’s recent public outbursts, outrages or as I like to call them, ‘hissy fits’ have been the highlight of the media for the last few years.

West lost his mother Donda West in November of 2007 and at first, his noticeably different behavior and even more than usual rude attitude towards the media, and his sudden dark change in his music was brushed off for a long time as, “Kanye hasn’t been the same since his mom died.” But can we still call that an excuse 11 years later?

This is a grown man having temper tantrums, on Twitter, in public, on live television, and even during concerts. Trust me, I was there for his 2016 Saint Pablo tour “meltdown” in Sacramento where West stopped mid song to go on an emotional rant for well over 5 minutes, dropped the microphone and literally ran off stage 14 minutes into the concert, only for it to be blamed on an opiate addiction that led to canceling the rest of the tour to, “rest and seek help.” How convenient.

I don’t buy that!

Personally, I think the opiate excuse was his wife Kim Kardashian’s mom-ager Kris Jenner doing damage control to protect the Kardashian and now West empire. There’s been nothing about drug use or even sobriety since. Yet he’s still acting out.

It’s true, West has never seemed the same after his mother died but how do we know that he hadn’t always been this way? He probably held it together out of respect to his mother, or had her to talk to when he was going through things instead of acting out like a child.

West’s latest act was becoming besties with President Trump, and publicly made it known that he believes, “slavery was a choice” among other extreme outlandish and ignorant claims during his short friendship with Trump. Even wearing the “Make America Great Again” cap regularly. Of course, when sh*t hit the fan, he’s claiming that he was being used by the Trump administration.

In actuality, he made another mockery of himself and feels he was used was because it was the quickest makeshift excuse he could come up with for embarrassing himself…again.

West was publicly slammed and essentially disowned by a lot of fans who were still trying to believe in the West they once thought they knew, but this last act was the final straw for many.

West has used many platforms to, “act more stupidly” (which is a line from his ‘Can’t Tell Me Nothing’ song) and when it backfires, he has an excuse or blames others for his child like antics. Luckily for him, his wife and mother in law are there to clean up his mess until the next outburst, which is never too far behind.

Ironically, West has a song named, “I love Kanye” and in 2018, I think he’s proved that he might be the only one left who really loves Kanye like Kanye loves Kanye.