False rhetoric on immigration is as harmful as tear gas 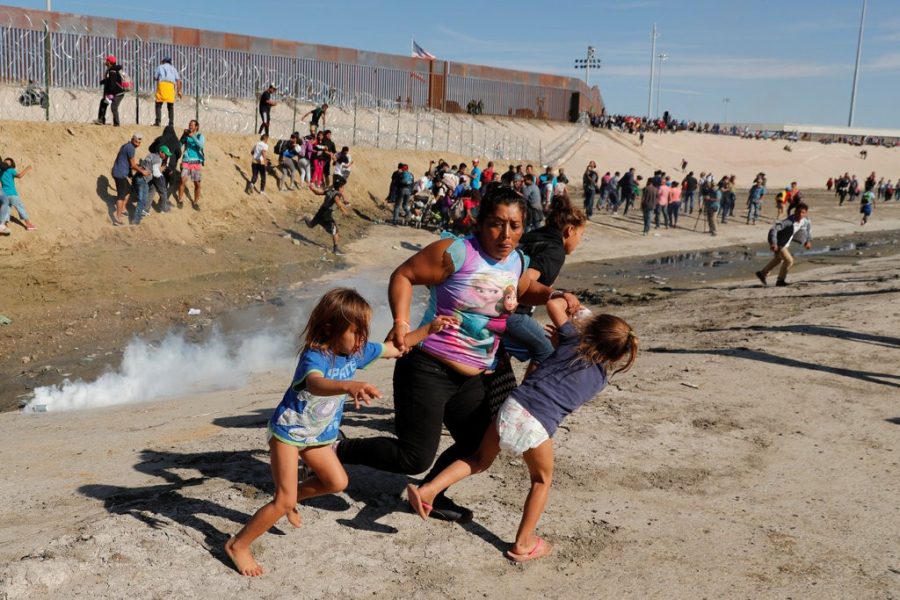 President Donald Trump launched his presidential campaign by saying offensive, inflammatory and untrue statements about illegal immigrants pouring into our country, bringing drugs and violent crime to our neighborhoods.

More than two years later, he continues that narrative and even acted on those beliefs by supporting the use of tear gas against a group of migrants, which included women and children, who were rushing the border.

Some of those migrants were reported to be throwing rocks at the heavily-armed border patrol but the images of children running in terror showed how inhumane that type of excessive force is.

The migrants, mostly from Honduras and Guatemala, are from the a group of nearly 5,000 people looking to seek asylum in the United States to escape violent and impoverished situations. It should be noted that seeking asylum is legal and proactively assuming these people are looking to cross the border illegally is incorrect.

Perhaps just as damaging as the treatment of those migrants is Trump using them to further a false, damaging and racist narrative, which many Americans continue to believe.

A 2017 study by the Pew Research Center showed that about 45 percent of Americans view Asian and European immigrants positively but drops to 26 percent when people are asked about African and Latin American immigrants.

Not only is Trump’s narrative about immigrants pouring over the borders offensive and dehumanizing, it’s just plain incorrect. Numbers from the Pew study showed that the total number of illegal immigrants in the U.S. has declined since 2008 and that there are currently more Mexican immigrants leaving the U.S. than coming in.

The Pew study also showed that the number of immigrants apprehended at the U.S.-Mexico  border declined 70 percent in 2017 when compared to 2006. This suggests that either the Trump administration is doing a terrible job of apprehending people or that the idea that people are streaming across the border is simply not true.

Additionally, a report released by the Congressional Budget Committee in 2015 showed that nearly half of all illegal immigrants came to the U.S. legally and then overstayed their visas.

While Mexican immigrants do currently make up the largest population of immigrants, the Pew study showed that in 2017 more people immigrated from India than anywhere else, with Mexico coming in second.

There is lots more research involving immigrants coming in by boats and cars, which also refutes Trump’s narrative about migrants sneaking across the border on foot. What is more important is the betrayal of American ideals of life, liberty and freedom that the narrative supports.

Presumably, all Americans would like to live in a neighborhood where if they were in danger or had an accident they could knock on someone’s door and ask for help. Yet Trump and those who support his callus views on immigration evoke an image of a man who points a shotgun in your face when you knock on his door and ask for help.

Immigration is obviously a sensitive and politically-charged issue and politicians should listen to those who feel that illegal immigration is a major problem and continue search for solutions to make sure that large percentage of Americans feel safe and heard.

But those solutions should come from a place of understanding, humanity and empathy, not from a place of fear, falsehoods and ignorance. As Americans, we should strive to be the friendly neighbor who is happy to help and not the suspicious and cranky one who sticks a gun in your face, even when you are a woman or a child.