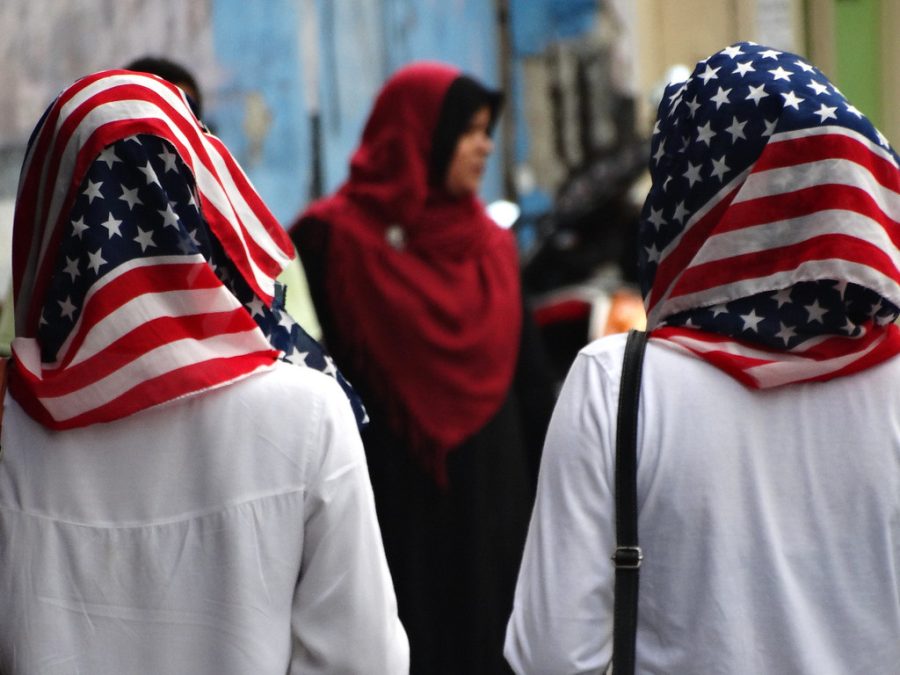 2019 marks the eighteenth anniversary of 9/11. While the tragedy occurred that many years ago, many Muslim and Muslim Americans grew up in households indirectly affected by it.

This year marks the eighteenth anniversary of the fall of the twin towers. This was also the day I went from being the next-door neighbor to the next national threat, and I didn’t even know it.

It was confusing whenever my mom never let us out of the house that year, especially during the month of September.

I was only four when 9/11 happened, and I knew nothing about terror at that age. I didn’t understand how afraid my mother was, she wouldn’t even speak Arabic in public.

It was always a trip why my mother wouldn’t let me wear my hijab, no matter how much time had passed.

For someone who grew up in this country, I never understood why people would tell me to “go back home.” I was always confused; I thought they meant my actual house.

As time went on, I began to feel terribly sad when watching reenactments and listening to stories of the towers falling. I could not comprehend why my faith was being blamed, why “Muslim” and “Islam” were suddenly synonymous with violence and terror.

After the towers had fallen, there was a medic, Mohammad Salman Hamdani, who had rushed into the towers to save people. Because he was a Muslim, he was assumed to be part of the attack and wasn’t honored as the hero he was until five months later.

The stigma of being an outsider continued into my adolescence, and I was unable to recall a time when I wasn’t the “enemy.”

Some politicians have brazenly called out Muslims and their faith for being violent. They accuse us of trying to force Sharia Law in this country.

I sympathize with those who are affected by these horrible acts of violence. Moreover, Muslims have died in far greater numbers in Iraq and Afghanistan and other parts of the Islamic world at the hands of terrorist organizations such as the Taliban.

Eighty-two percent of American adults say Muslims are subject to at least some discrimination in the U.S. today, according to a Pew Research Center survey.

Instead of further fueling the intolerance towards Muslims, our politicians must further the progression of peace and spread messages of acceptance and kindness.

My faith teaches me to treat my neighbors and strangers like I would myself. It teaches me how precious one life is because “even one loss of life is as if the whole of mankind has been erased,” according to the Qur’an.

The late great Malcolm X once said that “without education, you’re not going anywhere in this world.”

On the eighteenth anniversary of 9/11, I ask that we observe a moment of silence in acknowledgment of those who passed and also to the Muslim Americans, and the “Muslim passing” people, who fell victim to stereotype and violence they had no part in. Until we educate ourselves, we’ll continue to fall into the same circle of violence and hate.