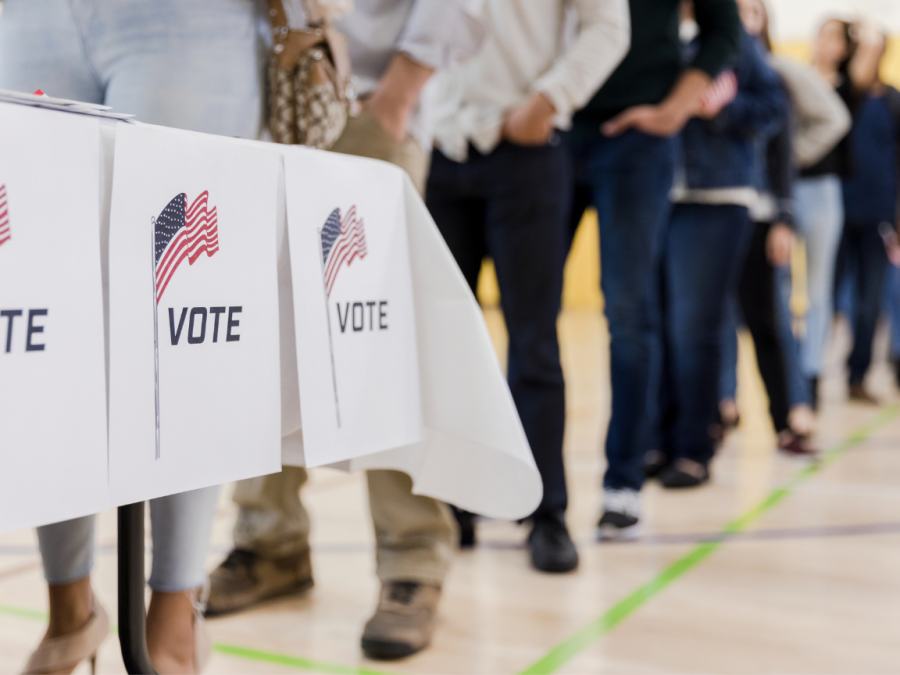 Voter rights and voter suppression have been issues in the state of Georgia for decades. The passing of Senate Bill 202 continues that trend.

Georgia state legislators and Gov. Brian Kemp signed Senate Bill 202 in March, which revises Georgia’s voting laws drastically, a move that mimics the state’s history of disenfranchising its citizens.
Opponents have declared the legislation Jim Crow-like. Reactions arose from prominent Georgia companies like Coca-Cola and Delta Airlines, who have released carefully-worded statements about voter rights. The most noteworthy response came from the MLB, who pulled the All-Star game and MLB Draft from Atlanta, relocating it to Denver.
“Major League Baseball fundamentally supports voting rights for all Americans and opposes restrictions to the ballot box,” said MLB commissioner Rob Manfred in a statement.

After Georgia’s electoral votes went to a Democrat and a Black reverend and a Jewish man were both elected to the U.S. Senate, Republican legislators quickly went to work on S.B. 202, an action that didn’t surprise longtime citizens of Georgia.
The U.S. Supreme Court case of Gray v. Sanders in 1963 declared that Georgia’s election system violated the Equal Protection Clause of the 14th Amendment of the Constitution by providing too much power to rural voters. As a result, former state Rep. Denmark Groover proposed runoff voting, and Georgia adopted it in 1964.
Groover later admitted that he was a “segregationist,” and he and his allies proposed runoff voting “as a means of circumventing what is called the Negro bloc vote.”
Most states use plurality voting, meaning the candidate with the most votes wins. A runoff vote takes the two candidates with the highest percentage of votes and puts them in a second election, forcing the winner to have more than 50% of the state’s votes. We saw this occurrence in January.
Fellow representative of Groover, James Mackay, recalled Groover’s words on the House floor: “We have got to go to majority voting because all we have is a plurality and the Negroes and the pressure groups and special interests are going to manipulate this State and take charge if we don’t go for the majority vote.”
In simpler terms, the Georgia runoff system was enacted to diminish Black and minority voters and uphold white supremacy in the South.
Sadly, it worked for decades.
Then, in January, Georgia flipped blue. Raphael Warnock became Georgia’s first Black senator and the first Black Democrat elected from a southern state.
Based on Georgia’s disturbing history of anti-democracy, it is no coincidence that legislators quickly passed S.B. 202 mere months after a Black man was elected.
S.B. 202 mirrors many of the past decades’ voter suppression rulings, explicitly targeting systems and leaders that powered an influx of minority voters in 2020. Practices like additional drop boxes, early voting, mobile voting stations, and more have been hindered by S.B. 202.
Defendants of S.B. 202 claim that the law will restore confidence in Georgia’s elections and make voting more secure, not harder. Of the almost five million Georgia votes cast in 2020, only 35 voter fraud cases have been referred for potential criminal prosecution, some of them dating back years, according to the Associated Press.
You’re telling me this overwhelmingly small percentage of potential election-law violations is enough to shake your confidence? It shouldn’t be. Additionally, in no way should it be used as a justification to make voting harder for those in urban areas like Fulton County, which is 44.5% Black American, according to the U.S. Census Bureau.
Before you formulate an opinion to defend S.B. 202, ditch your Coca-Cola for a Pepsi or book your next vacation through United Airlines, understand the context of Georgia’s disgusting past of prohibiting voter’s rights and decide if it is worth upholding a system that directly opposes democracy.
Voting is the backbone of any democratic society, particularly the United States. For the state whose motto is “Wisdom, Justice and Moderation,” it seems like the only thing the Georgia legislature has wisely justified over the years is the moderation of minority voices.