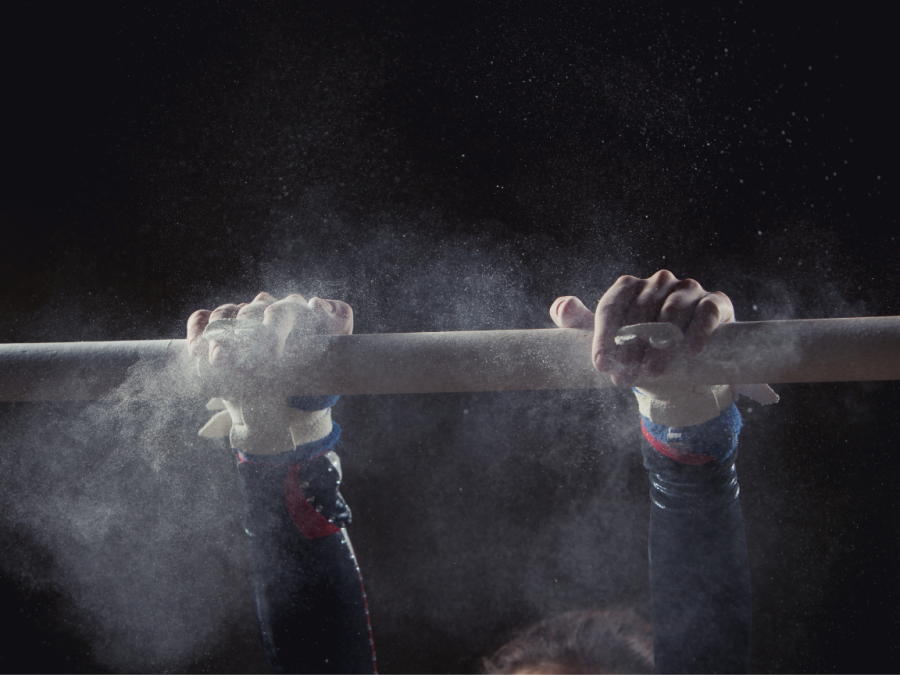 Athletes like Simone Biles and Naomi Osaka are coming out and discussing the mental health issues they face. This is pushing the conversation of how important it is to take care of your mental health.

Athletes are often seen as superhumans because they are able to do things with their bodies that the average human can’t do.
The Olympics showcases these athletes to see who is the best in the world at the sport they are competing in. At an intense level like this, the Olympics can cause a strain on the athletes’ bodies as they compete at their best with little to no breaks and can cause a strain on them mentally.
At this year’s Olympics, gymnast Simone Biles showed us that even the greatest athletes in the world can even face mental hardships.
Simone Biles was set to compete in the individual all-around portion of gymnastics at the 2020 Tokyo Olympics, but withdrew due to mental health issues.
“We also have to focus on ourselves because at the end of the day, we’re human, too,” Biles said, in an interview with The Associated Press.
“We have to protect our mind and our body, rather than just go out there and do what the world wants us to do,” she said in an interview with NBC News.
Biles also explained how she got the case of the twisties, which is when a gymnast can’t do the twist tricks they have done many times before. This is a disconnect between their mind and body as they try to do the move and while in the air, they can’t find their positioning to land correctly and fall to the ground.
Biles gained much support about her decision to withdraw, but she also faced a lot of backlash.
Many of the people who commented and said she should be used to the pressure of competitions have never competed on this level or trained like a gymnast.
These critics failed to realize that yes, athletes must understand the pressure they are facing when going to the Olympics, especially those who have been to the Olympics more than once.
Athletes are expected to perform and to withstand the pressure of competition, but the second they mess up they face much criticism.
Tennis star Naomi Osaka faced the same type of criticism when she withdrew from the French Open and decided not to participate in Wimbledon. Osaka also did not want to talk at the press conference as she told them she did not feel well.
“I communicated that I wanted to skip press conferences to Roland Garros to exercise self-care and preservation of my mental health,” Osaka said in her essay published in TIME magazine. “I stand by that. Athletes are humans.”
Osaka continues to explain how athletes deserve sick days just like anyone else and they should not have to explain themselves for how they feel during those days.
“Perhaps we should give athletes the right to take a mental break from media scrutiny on a rare occasion without being subject to strict sanctions,” Osaka wrote in her TIME essay. “In any other line of work, you would be forgiven for taking a personal day here and there, so long as it’s not habitual.”
Athletes like Osaka and Biles are expected to be perfect and almost like superheroes because of their superhuman abilities. Because of these unrealistic standards, they are held up to the second they fall short and get ridiculed and now have to live that on top of everything else.
Seeing world class athletes speak up about mental health and how important it is to take care of yourself before anything is changing how people see athletes.
Biles and Osaka’s decisions to step away from big events in their careers shows how even the strongest feel weak sometimes. This is big not for athletes only but for everyone as this shows everyone has their moments and they deserve time and space to understand and deal with their mental health.
Biles later on competed for the women’s balance beam and won a bronze medal.
“[The bronze] means more than all the golds because I’ve been through so much the last five years and the last week while I’ve even been here; it was just… it was very emotional,” she said on NBC’s TODAY Show.
Mental health in sports is very important as it impacts the athletes abilities and if an athlete is not mentally in the right set in mind to compete, they may make one wrong step or move and cause an injury that could end their career. Athletes are not just professionals, they are humans too.