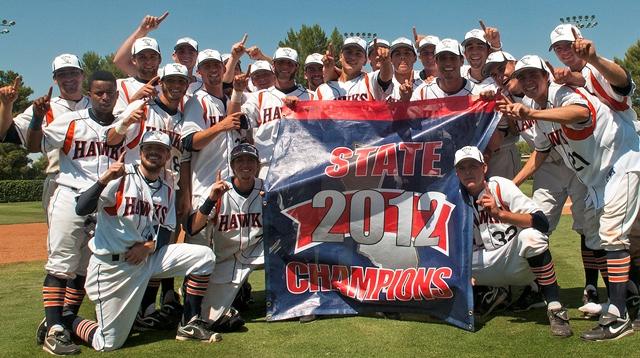 In the top of the 12th inning, infielder Josh Silver knocked in sophomore outfielder Colby Brenner with a single and gave the Hawks a 7-6 lead.

The Hawks would not stop there, sophomore Phillip Roa, who had three RBIs, doubled off the wall to score Silver and increase the lead to two runs.

The title is the first in the 40-year history of the baseball program.

The “Road Warriors” used lights-out pitching, strong defense and timely hitting all season long and surged into the playoffs.

The team beat College of the Sequoias in their Northern California Regional to begin the playoffs.

After advancing past the Northern California Regional eight of their last nine seasons, the Hawks finally got over the hump and won the program’s first Super Regional title, defeating San Mateo 13-3.

On May 18, the Hawks went into Bakersfield and beat Rio Hondo 3-1, ending the Road Runners’ 33-game win streak.

CRC went on to to defeat Big 8 rival Sierra College 12-8 on May 19 to advance to the final.

The Hawks never had a home practice or game during the 2012 season due to construction of a new field.

When the team opens up on the new field next season, they will be able to raise a brand new banner, something no other team before them has had the luxury of doing.

“Feels like nothing I have ever felt before,” Ales said.