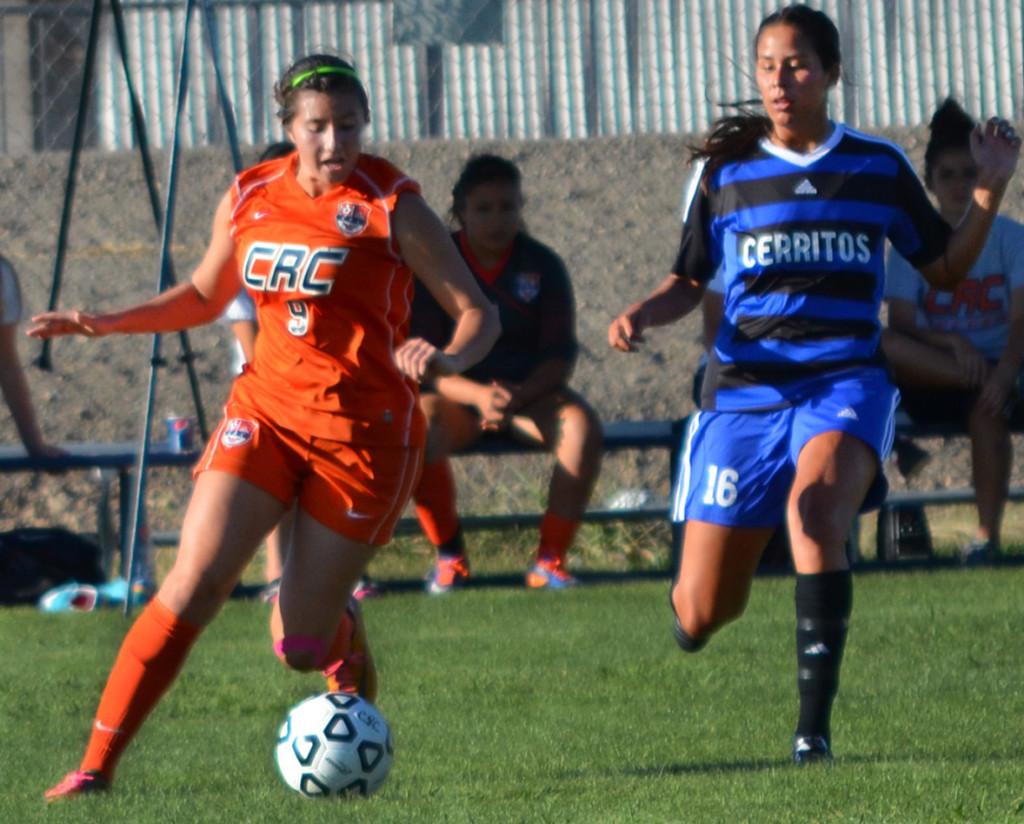 Mamola tore her meniscus four months back during a high school game her senior year.  Her team was winning the game 6-0 and Mamola was credited with two of those goals. Her coach wanted her to get a hat-trick, so he put her back in to get a third goal.

Reliving the moment, Mamola said that she went in for the goal at about the six-yard box, and took her shot.

During her follow through, one of the opposing team members ran into her and twisted her leg, while another defender slide tackled her.

Both of these players’ charge on her caused her knee to pop out, tearing her meniscus.

“I can probably count how many times I’ve cried out on the field on just one hand, in my entire life,” Mamola said, “but I knew this was not good, and I was just crying.”

The freshman forward recovered for a month, enduring a series of X-rays and MRIs and was told that her meniscus tear was scarring behind her kneecap. Consequently, the scarring caused her to play in pain.

In order for her to ever be 100 percent to play without pain she would need a lateral-release surgery, that would get rid of the scar tissue.
After the surgery, it took her three months of rehabilitation in order to get clearance to play again.

Mamola said it was “painful” to be on the sidelines, especially during warm-ups before a game, because she was excited for the games and wanted to play badly. She said she was anxious to get back onto the field.

“When I got cleared, when they said I could kick the ball, not play, but kick the ball I was out there doing my moves,” Mamola said. “It just felt so good to be out there.”

Her first game back from the injury was against Cerritos College. She had only been able to participate in two practices prior and was “so nervous” to be playing in a game again.

She didn’t want to disappoint her new teammates or coaches, because she didn’t know how she was going to play in her first college-level game fresh off of surgery. The game was a 4-1 loss, but Mamola said that the team played “amazing” and it was uplifting to be pat on the back by her teammates after her debut.

In only her second game back from surgery, Mamola had the game-winning goal in a 1-0 victory against Cuesta College.

Mamola was originally set to go to William Jessup University on a scholarship.
“They signed me while I was still on crutches,” she said.

But she didn’t like the team or the girls, so turned down the opportunity.

Enter Mamola’s career at Cosumnes River College. Hawks Coaches Cesar Plasencia and Leo Rojas, came up to Mamola after a game again McClatchy High School, prior to her injury, to talk to her about CRC.  Mamola had already had her mind set on Jessup so did not give the idea too much deliberation.

But after her decision to forgo Jessup she said, “The first person I called was Cesar. The day after school started and he said, ‘Come in today, and we will get you your classes.’”
The next day Mamola had all her classes and all of her signatures with permission numbers and she was playing.

“To me things happen for a reason, and this turned out amazing,” Mamola said.