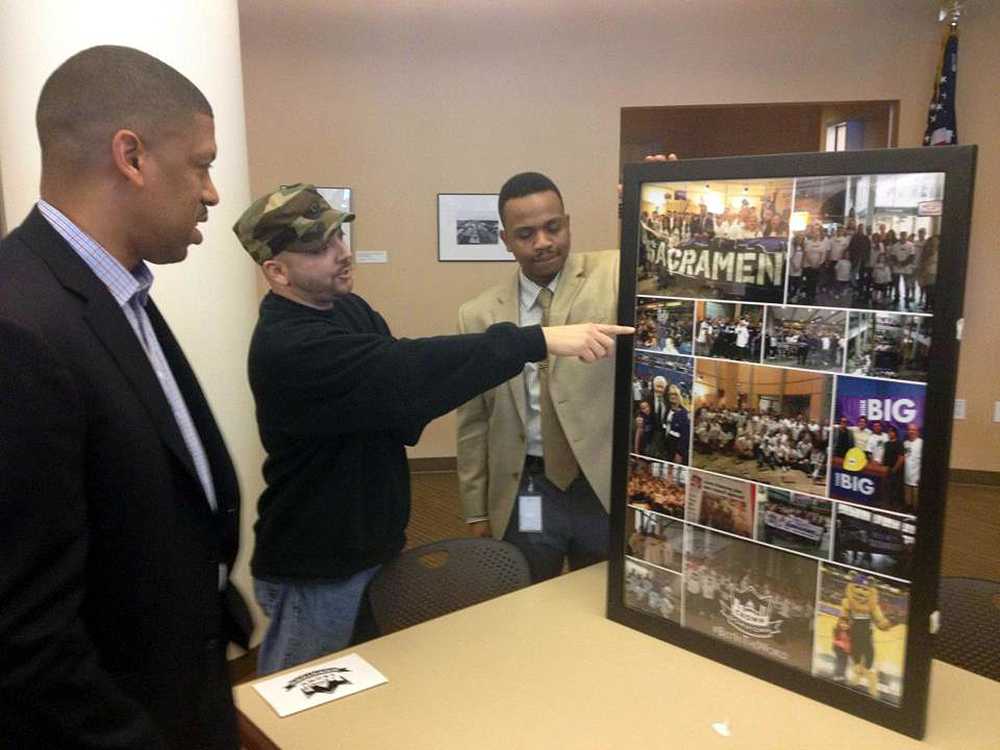 He strokes his beard with the look of deep thought on his face.

The grassroots organization, created by Tavares, had seemingly won their battle. The Kings were sold to an owner committed to keeping the team in Sacramento, and a downtown arena is slated to be built.

“Keeping the Kings is one thing, that’s kind of the foundation,” he said. “But it’s much more than that.”

The group formally started as Fund Arena Now Sacramento, or F.A.N.S., as a way to pay homage to a San Jose group known as F.A.N., who successfully campaigned for an arena in their city.

So, they started to attend city council meetings in their matching white t-shirts, hoping to have their voices heard.

“We were like a little rag tag thing, we didn’t know what we were doing,” Tavares said.

The group sought a new identity, one where they would known as “more than Kings fans,” Tavares said.

That identifier would actually be found by accident.

“We had to come up with another name that is more than just the arena which goes along with our philosophy #BiggerThanBasketball,” Tavares said. “We had a couple suggestions which were ‘Crown Sacramento’ and ‘Downtown Crown,’ and as I emailed the group, my dyslexia kicked in and I typed in Crown Downtown by accident, and everyone was like ‘oh, that’s perfect.’ ”

With a new name and a clear mission, the faction continued with their efforts to progress the Sacramento community.

“It’s a good group of people,” said James Battles, a key member of Crown Downtown. “They volunteer their time, they helped with Rhythm N Rims, they helped rebuild McKinley Park and will continue to help the community.”

With a new Sacramento sports and entertainment venue on the horizon, Crown Downtown set their sights on the old one.

“They got to reuse that land, because the land is worth more than the building,” Tavares said. “Whatever they decide to put, there is going to be jobs there, and that’s what it’s about.”

While the goal of the organization is about more than basketball, they still love to root for their Kings. They’ve been to Dallas, Las Vegas, New York and other cities to support their team.

Recently, they piled into their cars and headed up to Oakland to catch the Kings’ preseason opener against the Golden State Warriors on Oct. 7.

After the game, they presented the Kings’ new owner, Vivek Ranadive, with a birthday cake and a thank you for what he has done for the community.

The group also has their own spot in Sleep train Arena. Section 215 is where you’ll hear their chants raining down all season long, in their very own season ticket holder section.

“Honestly, I thought we would get 20 people, we got double that,” Tavares said.

Crown Downtown may have got what they initially wanted, but they know that helping Sacramento progress is an ongoing fight.

“We won the battle, but the war isn’t over,” Battles said.

To learn more about Crown Downtown, log onto crowndowntown.org.