Strong first half propels Hawks to win over Fresno College 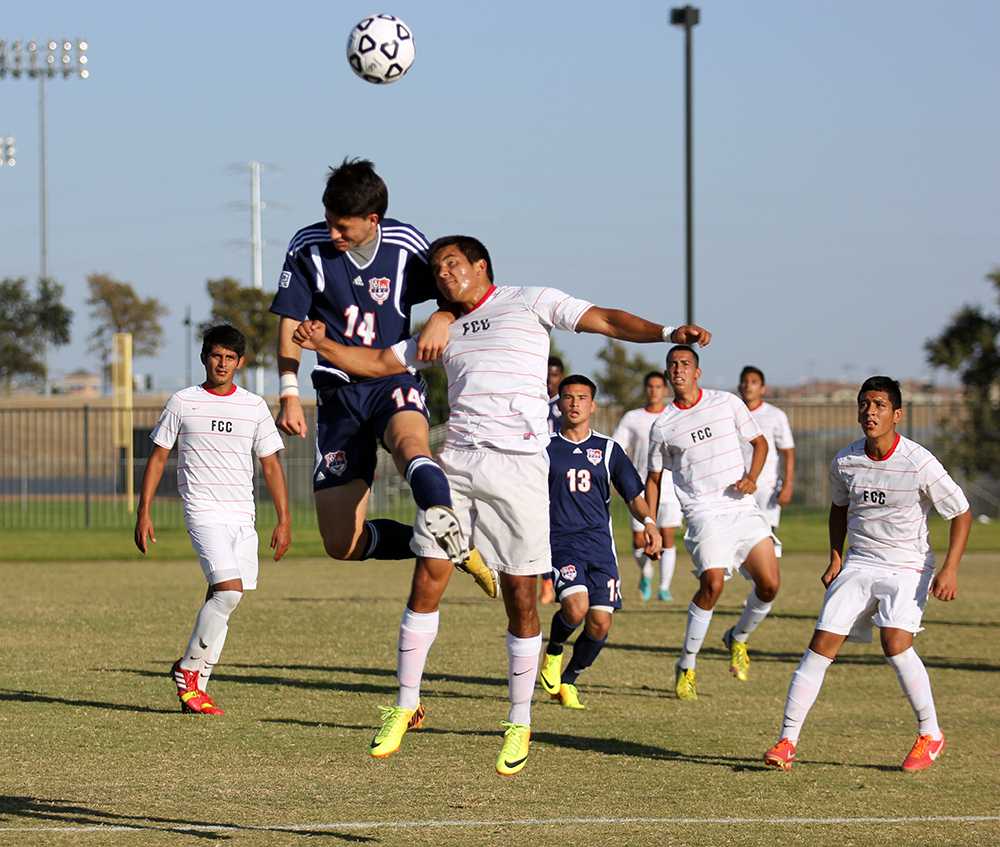 Freshman midfielder Jose Torres goes up for a contested header on Oct. 15.

“Our concentration went down a little bit, our energy went down,” said head coach Ron Preble. “Anytime a game is 2-0 at halftime, one goal kind of swings momentum a bit. You’ve gotta be able to match what they’re doing and go beyond it to keep yourself in the game.”

The first goal was a penalty kick by freshman forward Issac McDaniel. McDaniel would continue to further the Hawks lead in the first half by scoring the second goal as well.

Although the final score was 3-2, the tie breaking shot was actually due to Fresno accidentally scoring a goal for the Hawks. Preble said that it was a difficult decision the player from Fresno had to make but it was one that had to be made.

“It’s one of those things where he’s coming in trying to block a shot and a deflection goes in,” Preble added. “If you lunge forward do you block it or do you knock it into your own net? So he went for it and it goes in.”

The Rams weren’t the only ones dealing with friendly fire, Sophomore defender francisco Ornelas on the Hawks was injured due to a collision with freshman goalkeeper Carter Giroux.

The final goal was accredited by technicality to McDaniel, making a total of five goals for McDaniel in the last two winning games.

McDaniel said that he’s happy to be on the scoring side, but there’s always room for the team to improve.

“Overall we did fine, but we could have done better,” McDaniel added. “We need to communicate as a group.”