Students and faculty weigh in on NFL and breast cancer 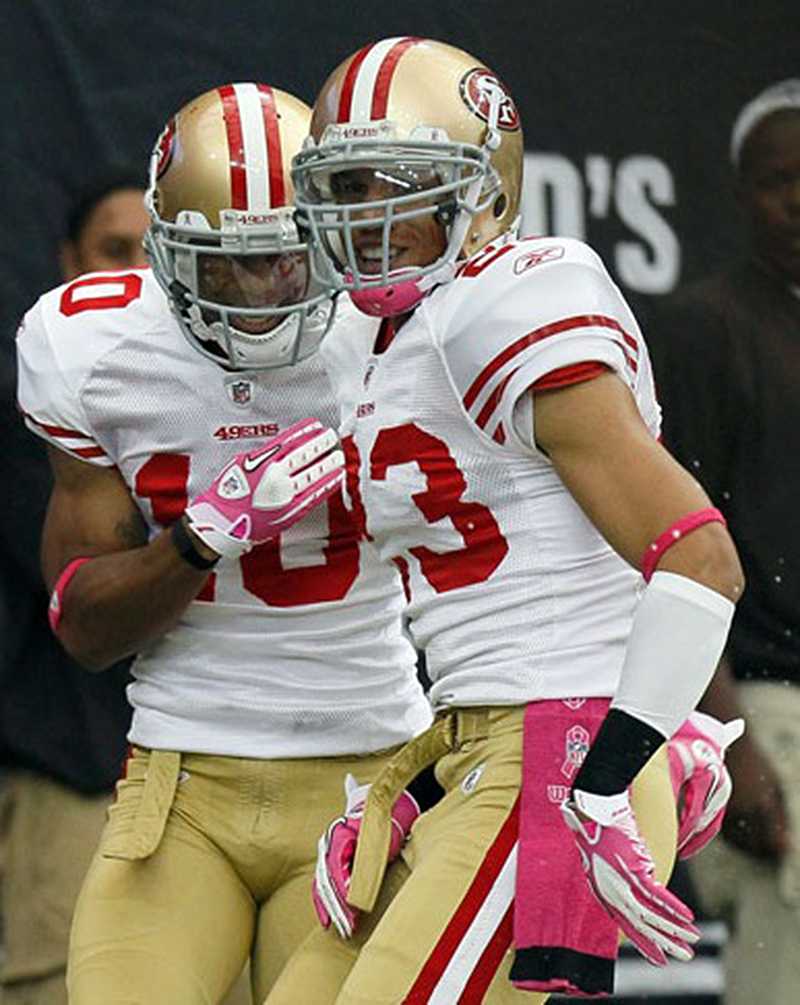 In October of every year since 2009, the NFL has always taken part in the battle against breast cancer with their “A Crucial Catch” campaign.

The campaign works in partnership with The American Cancer Society to raise money for its “Community Health Advocates National Grants for Empowerment” program, which “promotes health equity and addresses cancer screening disparities by increasing access to breast cancer screening,” according to the NFL website.

Their approach is to have players and referees sport pink apparel including pink gloves, cleats, arm bands, towels and even pink flags that referees use to make calls during games to raise awareness for the breast cancer campaign.

“These items will then be entered into an auction to be auctioned off online with all the proceeds going to the ACS,” according to the NFL website.

The pink ribbon became the symbol of breast cancer awareness through the efforts of Charlotte Hayley, Susan G. Komen, Evelyn Laude and Alexander Penney, although Hayley had been the originator of the idea, according to Pink Ribbon International.

Sociology Professor Nyenbeku George not only thinks that it is an effective way to raise awareness, but is a step in the right direction.

“It’s about time that more athletes and specifically male athletes got involved in helping women with different ailments in society that they suffer from,” Nyenbeku said. “We as people living in this millennium are really doing a better job of stepping out of our comfort zone and not being afraid of being labeled from putting pink on a uniform and a desire to be more caring and promote more awareness of what women go through.”

Kaitlyn DeBolt, 19, an undeclared major, thinks that as long as it is not hurting anything it’s a good idea.

“I think it’s good, they’re supporting it, it’s not hurting anything and they’re raising awareness for everyone,” DeBolt said.

Harshy Sandhu, 17, an undeclared major, thinks the NFL is an effective medium to promote awareness because of its popularity among many people.

“I feel the NFL is a big enterprise,” Sandhu said. “I feel that’s a good way to put [the message] out there because a lot of people watch the NFL.

This statement is right on point, “59 percent of the country watched the NFL in 2012 with an increase in percentage since 2010 from 53 percent,” according to an article on the NFL website.

Josiah Sloan, 18, a film major, thinks that doing something is better than nothing.

In regards to the NFL’s approach being commercialized, some students don’t seem to think so. In particular, Sloan believes that the NFL may have an interest in promoting their public image, but that doesn’t deny the fact that they have a sincere interest in helping fight against breast cancer.

“I think it’s a two-way street. I think it’s both improving public image, but I think the root of the problem is that they wish to help [fight breast cancer],” Sloan said.

Along those lines, DeBolt thinks that raising awareness of breast cancer not only promotes the NFL’s image, but is an effective marketing strategy.

“[The NFL] is promoting something on top of actually making money, which may result in more people watching the NFL and buying more of their products,” DeBolt said.