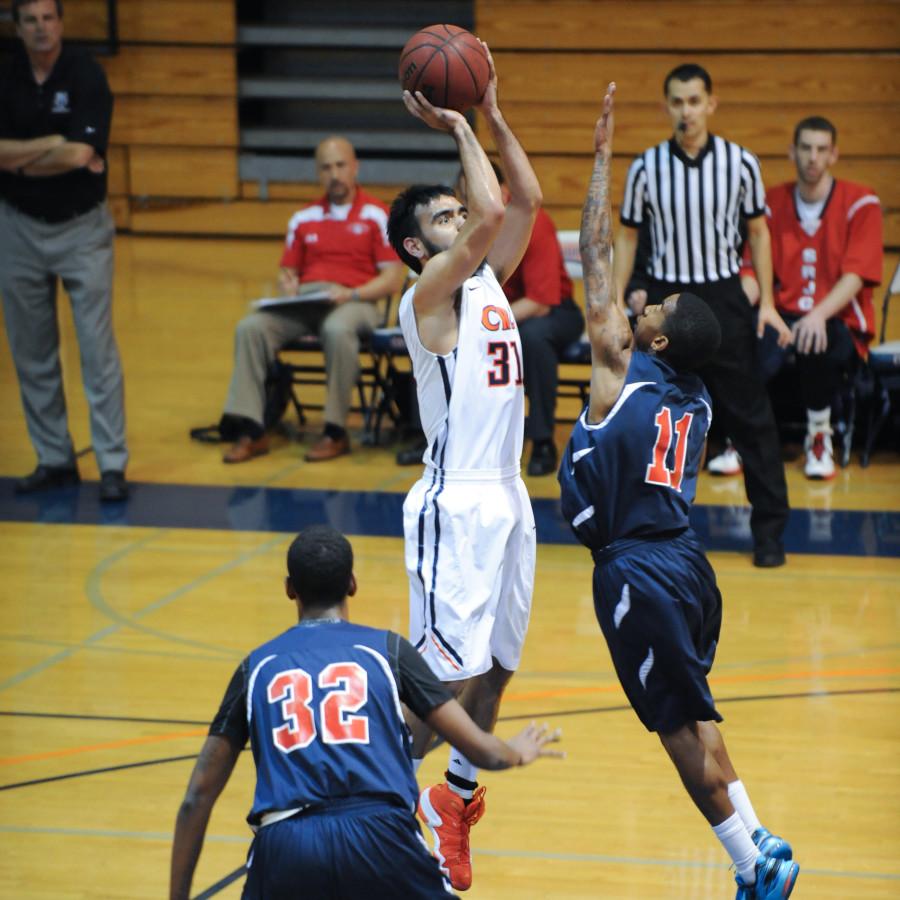 The men’s basketball team spent their weekend dominating at the Big 8 conference held in Santa Rosa on Feb. 20.

Winning their final game against Santa Rosa 70-67, the Cosumnes River College Hawks advance to the playoffs after a season full of wins.

“You win 12 straight games in a row and then win your conference, the season is going pretty good,” said assistant coach Nicholas Podesta.

Put on by the California Community College Athletic Association, the conference includes eight local community colleges competing with each other.

“Early on in the conference we lost our first two games for a variety of reasons,” Podesta said. “But then they finished off the conference season pretty good.”

The team won the other 12 games they played.

Podesta said that a component of their first two losses was that they had a lot of fresh players who hadn’t played in the conference before and needed a “slap” to get their heads in the game.

“We played all together,” said sophomore forward David Straughter. “It’s pretty new because we have only four sophomores and then we have a team full of freshman so we were projected not to do anything this year and to win the whole thing is a positive step.”

The team of 12 has eight freshman players.

Straughter said that he has seen himself grow a lot this season.

“There were certain games when I didn’t have my best performance, but we still won so that’s all that really matters,” Straughter, who was first team at the conference said. “This year so far I think I did a lot better than last year.”

The men’s overall season standing is 27-7, according to the Hawk’s website.

Sophomore guard Mitchell Love, the Big 8 MVP, said that winning most of their games and the conference was good, but what the season comes down to is playoffs and making state.

Love said that the team needs to get closer before their first playoff game.

“Camaraderie and becoming closer,” Love said. “We are a close team, but just having a good brotherhood and knowing that we have each other’s backs is the best thing for us.”

Straughter said that the men need to communicate more throughout the game.

Straughter said he thinks the team needs to constantly communicate to win.

“Communication out on the court,” Straughter said. “Just always keep communicating and talk on defense and we should be alright we’ve got a lot of talent on our team.”

Podesta said he believes the team is ready for whoever they take on in coming weeks.

“This team is a special group of guys, it’s really tough to win our conference so the fact that our guys are battle tested from Big 8 play is gonna suit us pretty well,” Podesta said. “I think they’re gonna be prepared for anybody.”

Straughter said he feels good about having his final year playing at CRC be so successful.

“It’s something new,” Straughter said. “I’ve won conference before, but not in college. Winning and going on to state would be cool and then leaving a legacy behind. As my last go around that would be a good look.”

The  first playoff game will be on Feb. 27 at 7 p.m. against Butte College at CRC.

“There’s not going to be any surprises, they just have to rise to the occasion,” Podesta said.