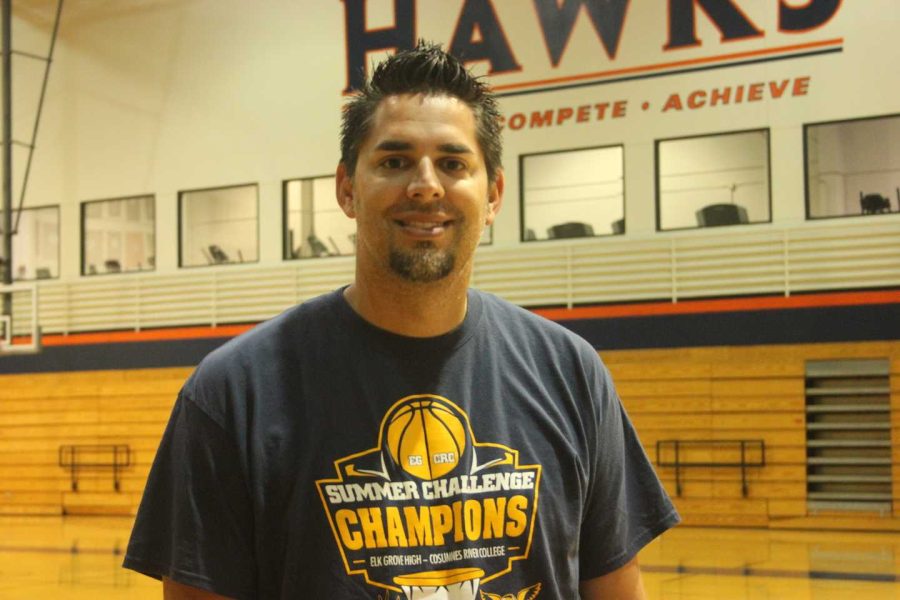 Men’s basketball head coach James Giacomazzi announced that he is leaving Cosumnes River College for a job that is closer to home. Giacomazzi made the announcement of his departure on April 12 through Twitter.

The coach who has lead the Hawks to countless wins during his time at CRC is taking over as head coach for Las Positas College’s basketball team next season.

Giacomazzi said that one big reason for his switch-up is because Las Positas is a lot closer to his home and family in Livermore and that he was growing tired of driving 75 miles to work everyday.

“It happened really fast and it was a situation where that campus is still growing,” Giacomazzi said. “It’s a newer school and literally it’s three exits from my house.”

Men’s basketball assistant coach Nicholas Podesta said that he is happy for his mentor Giacomazzi.

“I think it is a great opportunity for Coach Giacomazzi, as Las Positas is close to his home, and he’s raising two young girls,” Podesta said. “He will have an opportunity to build a winning program in his own backyard, and I’m sure he is looking forward to the challenge.”

Giacomazzi, who started as assistant coach to the Hawks when he was 28-years-old, said that he thanks the school for giving him a shot and that he will miss the campus greatly.

“I’m very excited, but as my time at CRC is winding down it also becomes a little emotional,” Giacomazzi said. “I spent 11 years of my life giving my heart into this program and I wanted to do right by the program.”

Giacomazzi said he hopes the men’s basketball program goes on to do great things without him.

“My hope is that it continues to flourish,” Giacomazzi said. “I don’t want the program to stop and just plateau from what I’ve done. I want it to get even bigger and better.”

Trenton Anthony, a freshman guard for the team who is returning next season said he is happy for Giacomazzi and that the team will be ok after his departure.

“Next season is going to be something different, a new challenge, but I think we’ll be ok at the end of the day,” Anthony said.

As for a new coach, Podesta is rumored to be moving up to head coach going into next season.

Giacomazzi said that he has no involvement in transitioning the program or input on who the new head coach will be, but he thinks that Podesta would do a good job.

“I’d love it, but at the same time there is a process and he has to go through it,” Giacomazzi said. “I think he’s done everything he could while he was here to put himself in a position for the job and I wish him the best.”

Anthony said that having Podesta as head coach would seem like a natural transition for the team.

“Coach Nick is a player’s coach and we’re able to talk to him and relate to him a lot,” Anthony said.

Podesta said he would like the chance to move up to head coach and keep the team’s momentum going.

“I would love the opportunity to continue and build upon the success the CRC men’s basketball program has had over the five years I have been involved,” Podesta said. “We have a great group of guys returning and it would be an honor to lead these young men to defend our 2015 Big 8 Conference championship.”

Podesta said that he wishes Giacomazzi nothing but the best as he moves on to the next chapter of his career.

“I’ll certainly miss working with Coach Giacomazzi, as he has taught me much during my tenure as his assistant coach,” Podesta said. “He’s been a great mentor and friend to me over the years, and I wish him all the best as he moves on to Las Positas.”