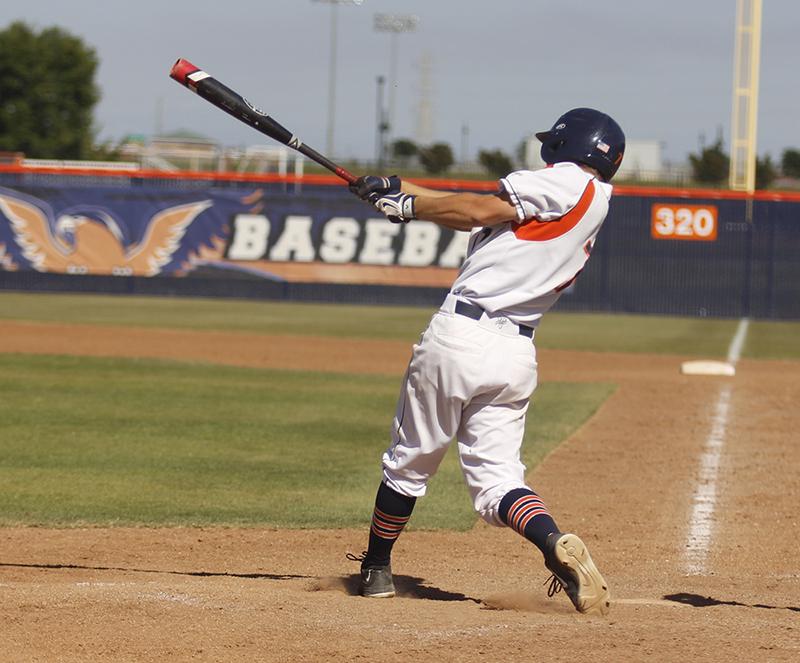 The Hawks baseball team beat the Gavilan College Rams on May 1 and 2 during the first round of playoffs.

“We played well,” said head coach Anthony Bloomfield. “Fitchett [sophomore right fielder Alex Fitchett] had hit one out of the park and Blake [sophomore first baseman Tyler Blake] hit one out the first end in game one.”

During their May 2 game, the Hawks were once again victorious, winning 4-2.

“The second game was a nail biter until the last inning,” Bloomfield said. “We came through and bunted some balls and played really well. I thought we were more talented than they were position wise, but their pitchers matched up with our guys.”

“We played well together as a team and the guys were executing. We kept it loose, but at the same time serious,” Smith said.

Since the Hawks beat out Gavilan, they are moving on to play in Super Regionals on May 8 and 9 at Feather River College with the possibility of a tie breaker game on May 10.

Bloomfield said to prepare for their upcoming games the team is looking to eliminate mental errors and throw a lot of strikes.

“We’re going against the league champion in Feather River and it will be a tough task for us, but we think that the Big 8 is the best conference so we’ll see where we match up,” Bloomfield said.

Fitchett said that he will be treating their playoff games just like any other.

“I’m superstitious, but it’s just another weekend for us. We’ve just got to go in and keep a level head and keep the grind,” Fitchett said. “You can’t change just because it’s playoff baseball, you’ve just got to keep doing what you’re doing.”

Bloomfield said that the team he has this year reminds him of the Hawks state championship winning team he coached in 2012.

“It’s a good group of guys,” Bloomfield said. “Its got the same feeling that we had back in 2012, all we have to do is keep playing and keep winning.”