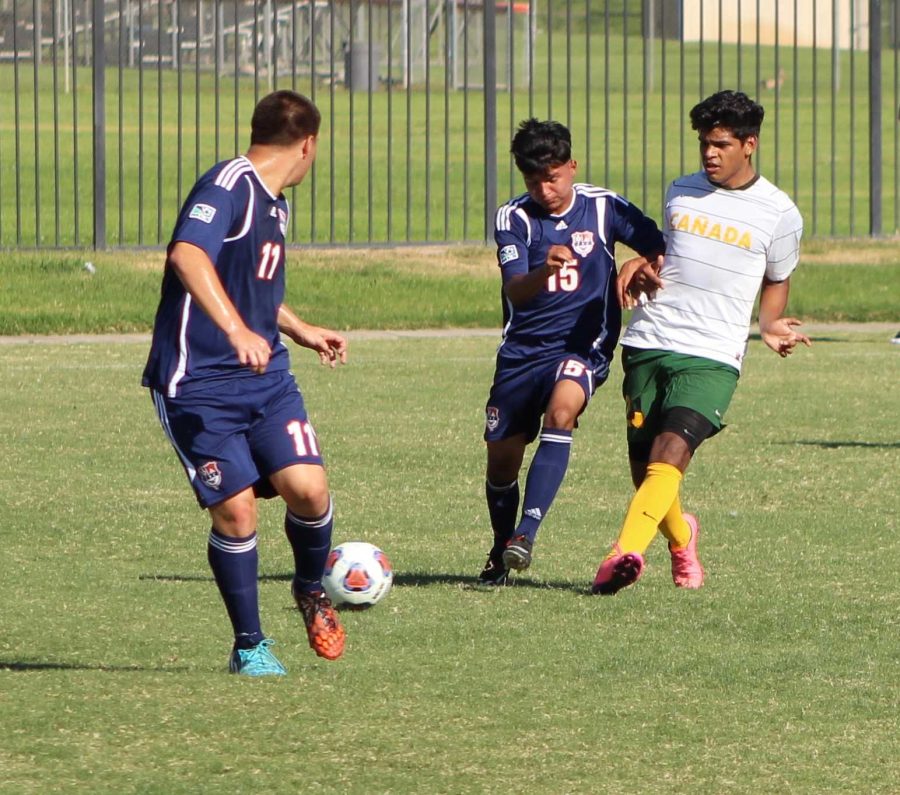 Cosumnes River College’s men’s soccer team won their home opener against Cañada College on Friday with a final score of 3-0.

Right from the start, the game was very physical. For the first 10 minutes of the game, both teams played evenly. After that, the Hawks put three shots on goal before freshman midfielder Alexis Marquez scored his first collegiate goal and gave CRC a 1-0 lead.

“Scoring my first college goal was pretty special for me,” said Marquez.

It was a strong game for Cota, who demonstrated good ball handling and made multiple defenders trip on his way down the field, but admitted there is more work to be done.

“It was working good, but we’ve got to practice harder for the next game,” said Cota.

Going into the second half, the Hawks had seven shots on goal, versus none by Cañada.

There was a small, heated exchange between a Cañada and a Hawks player midway through the second half, which resulted in the Cañada player receiving a warning.

The second half played much more evenly, as both teams went back and forth down the field. That was until the 15:45 mark on the clock, when Ethan Krebs, a freshman forward, took two shots on goal in quick succession and scored on the second attempt, putting the Hawks up 3-0.

While Cañada fought to avoid the shutout in extra time, the Hawks defense preserved the shutout.

CRC’s first win of the season came quickly compared to last season, when it didn’t win it first game until Sept. 22.

Head Coach Ron Preble said he was happy with how his team performed. “Today was the culmination of a good week’s worth of work,” Preble said.

Preble said that the communication on the team was decent, but feels that it could better and more precise.

Preble also said that that this win was good for both new and returning players, saying that the win will set a tone for the rest of the season.

“This was only the beginning,” Marquez said. “We can’t just settle down. We’ve got a long way to go.”

For a young Hawks’ team, five goals in two games has already showed improvement over last season when it took them five games to reach that mark.

The Hawks will now have another week of practice, their second home game of the season against Bakersfield College on Sep. 9 at 2 p.m.