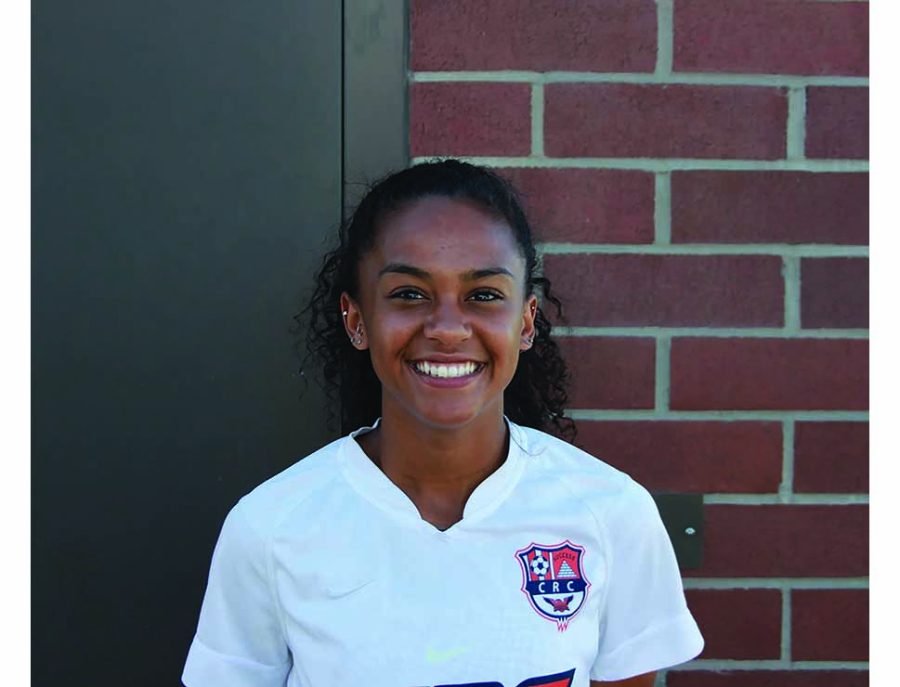 After an outstanding week on the field, freshman midfielder, Averen Calvin, earned athlete of the week honors.

The honor not only meant a lot for Calvin, but it provided her even more motivation to continue to improve as a player and help build off the recognition.

“You have to show why you’re athlete of the week. I wasn’t just good this week, I’m going to be even better the next two-three weeks,” she said.

Calvin’s hard work was on display when the Hawks played against Sacramento City College.

She scored three goals, known as a hat trick, in the Hawks 5-0 win against the Panthers on Sept. 30.

The award was not only nice for Calvin, but also meant a lot to women’s soccer coach Cesar Plascencia, especially for all the work these athletes put in between academics and athletics.

“It is always nice to acknowledge students for their efforts. She has been working really hard and she’s had a couple great performances. Especially, last week where she had a game where she had three goals,” said Plascencia.

“It is not easy being a student athlete. Athletics takes a lot of time out of your schedule you got to be committed, priorities, etc.  To get acknowledged, sometimes makes you feel that it is worth it,” he said.

Calvin’s hat trick was a rarity, something her head coach said he hasn’t seen very often in his coaching career.

“If you asked me how many girls over my 13 years who have had a hat trick I could count them on one hand probably,” said Plascencia.

Plascencia has enjoyed the opportunity to coach Calvin, especially the way she carries herself on the field and how much fun she has playing the game and being on the team.

“What I appreciate most about her is she plays the game with joy and passion. She truly truly has fun, she plays with a smile on her face, so it has been a joy coaching her this year,” said Plascencia.

Through 13 games this season, Calvin leads the team with eight goals, 20 points and has converted 83 percent of her shots on goal.

With the help of Calvin, the Hawks are already just one win away from matching their four conference wins from last year.

You can watch Calvin and the women’s soccer team at Cosumnes River College on Oct. 25, when they play Sierra College at 3:30 p.m.