The softball team is starting their season with confidence and excitement 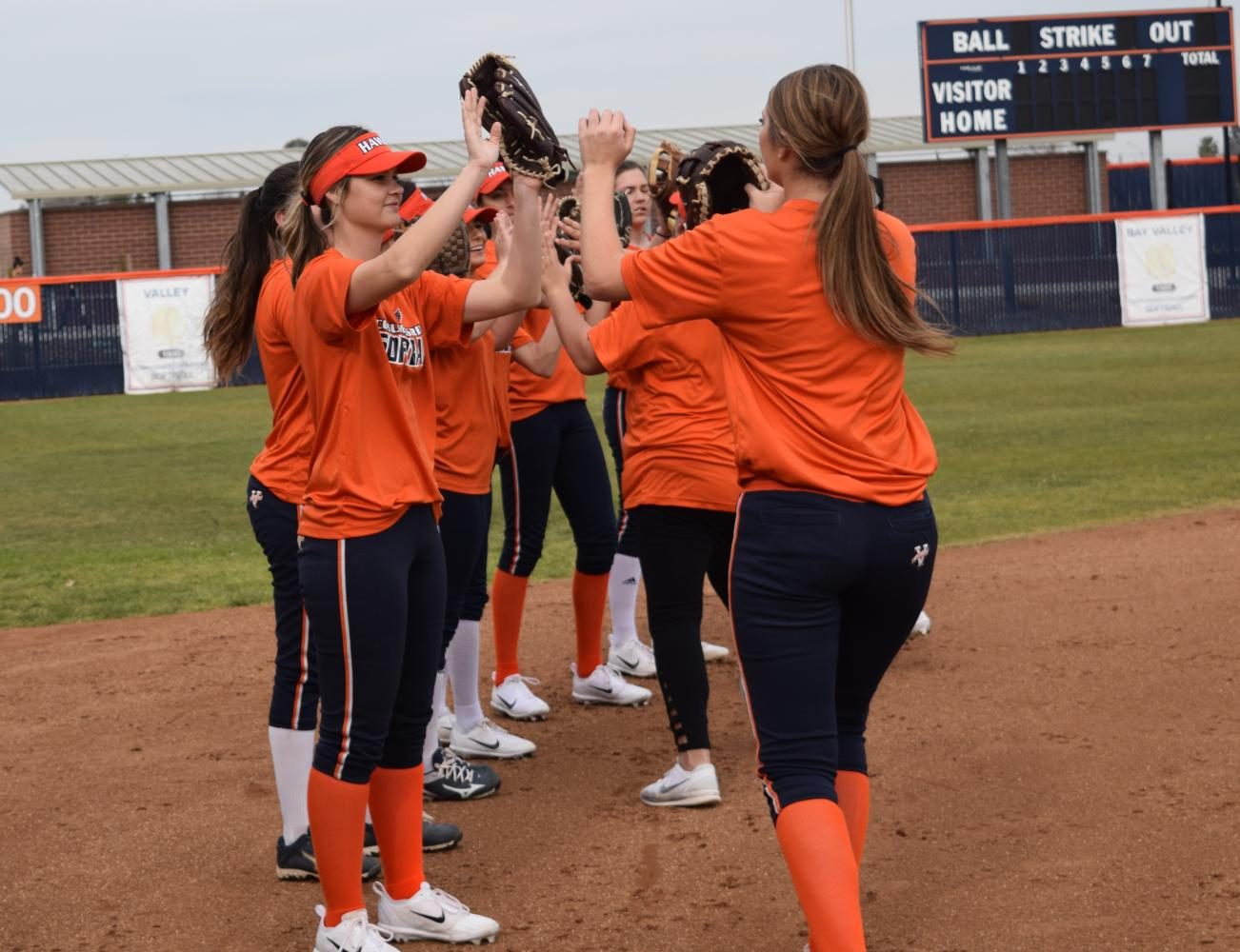 Softball bonds during practice before the season begins

There’s something in the air for the Cosumnes River College softball team this season; their cleats are on and they’re ready to move with intensity.

The Hawks defeated Feather River 3-2 on Jan. 28. Head Coach Kristy Schroeder said she believes Feather River was one of the best teams they’ve seen because of their strong pitcher.

“You have to take it one game at a time,” said Schroeder, and with the fight the team has, she hopes to carry the 4-0 streak to the end.

Last season, a few players, including this year’s returning pitcher Ashleigh Berg, were injured. However, the team has been conditioning since the fall to strengthen and prepare for the long season ahead.

“One of our goals early on was to make sure everybody was in shape, so we can continue throughout the season and hopefully avoid injuries,” said Schroeder.

Berg was issued a Medical Redshirt last season and had to quit halfway through the season, she said.

However, she took statistics for the team and was at every practice discussing with coaches what was wanted from the pitchers.

As for this season, Berg has continued to work through her injuries and work on her conditioning and strength so she’s ready to take on the season, said Schroeder.

The Hawks went 14-7 in the Big 8 last season and have high hopes of making it to the NorCal Super Regionals this year.

“We’re starting to build a tradition to make it to post-season and do well in post-season. I think everybody on the team has that goal and they know we have the talent to win ballgames, it’s just a matter of playing consistently throughout the season,” said Schroeder.

With the late inning wins the team had this past weekend, the team hopes to keep the fight and momentum going throughout the season.

Since the start of the spring semester, the team has been working on different fundamentals and strategies as well as how to work as one on the field.

During Tuesday’s practice, the girls could be heard yelling “Atta babe!” to one another as Schroeder hit balls in different directions for each girl to catch and throw. The country music blaring from their practice speaker made the environment fun and lively.

“I’m looking forward to the season. Everybody has a lot of excitement that they come to practice with,” said Schroeder. “Everybody wants to be out here so it makes it fun for me.”

Returning outfielder Alexus Acosta believes that the chemistry the team has is good on and off the field.

“We all get along so well, we just mess around and we joke around all the time,” said Acosta, “but when it comes down to the game it’s a team sport, and everybody doing their part and getting wins is all we really want.”

Confidence is burning within the Hawks this season, and Schroeder said she wants the returning sophomores to help showcase that confidence to the freshman so when they step onto the field, the team knows they can win.