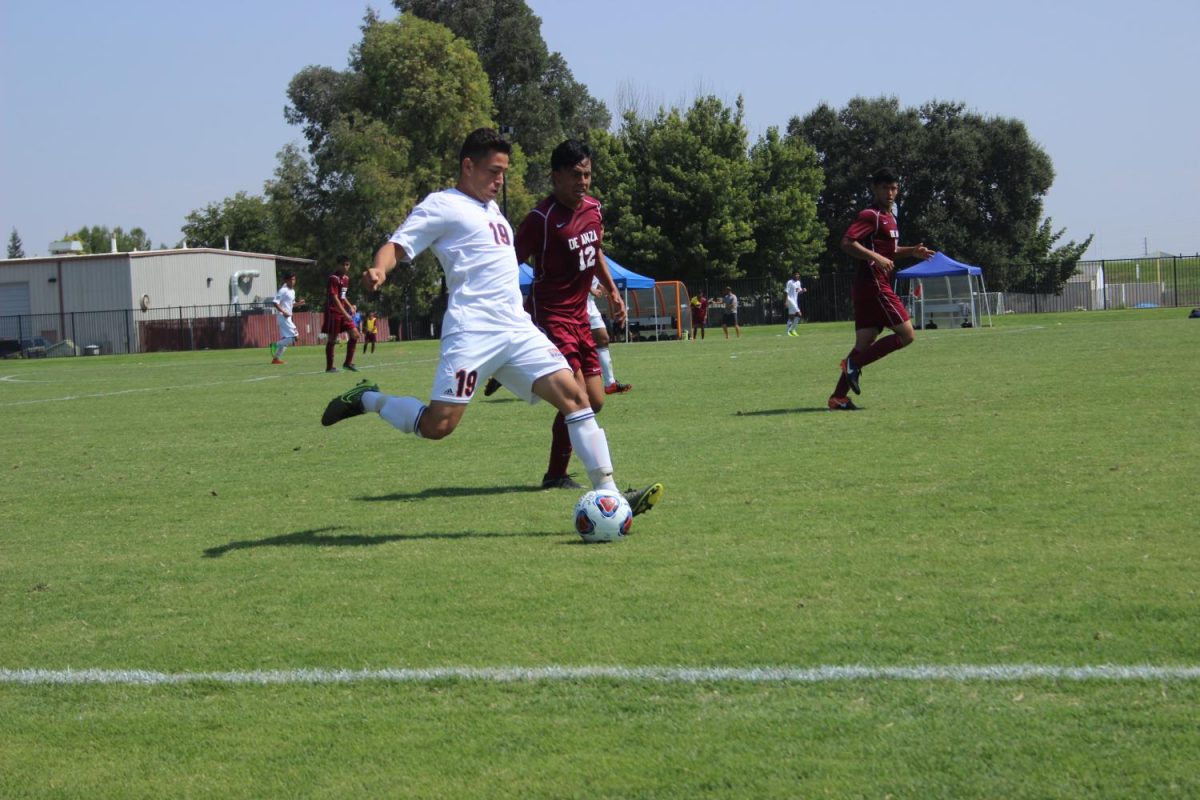 Freshman midfielder Ivan Gutierrez drives the ball at the end of the Hawks' game against De Anza on Sept. 8.

It was the first day of the NorCal Community College Showcase tournament on Sept. 8, and the  first opponent for the Hawks Men’s soccer team was the De Anza College Dons from Cupertino.

The Hawks had opportunities to score goals, but the Dons’ defense did not allow any points to get through.

“We could’ve won the game with that final drive we had, but the refs were calling the most irresponsible plays that I’ve ever heard or seen, but what else can we do,” said Hawks Assistant Coach Vaughn Boyce.

Boyce also voiced his frustration with the referees for not calling the fouls or interference from the opposing team.

The first half held a great display for both teams. In the first 13 minutes of the game, Hawks forward Sai Frias scored the first goal. But a few minutes later, De Anza tied up the game 1-1 for the first half.

Once the second half began, things started to pick up more on both sides of the field. There were forward drives and shots on goal, but neither team was successful. Each defense fought to prevent any additional scores.

With just two minutes left in the game, the Hawks created a final drive that could’ve helped them win the game, but it didn’t end the way the team expected. Both teams had their chances to take the lead but were unsuccessful. It was a battle to win the game. The final score was a tie 1-1.

After the game ended, one of the Dons’ players was injured at the last second. Fortunately, the injury was not severe. No other player was severely injured during the game.

“We were inconsistent on the ball, but this was the most involvement that we did as a team, and we performed our best from 0 to 90, and for that we respect we were pleased,” said Head Coach Ron Preble.