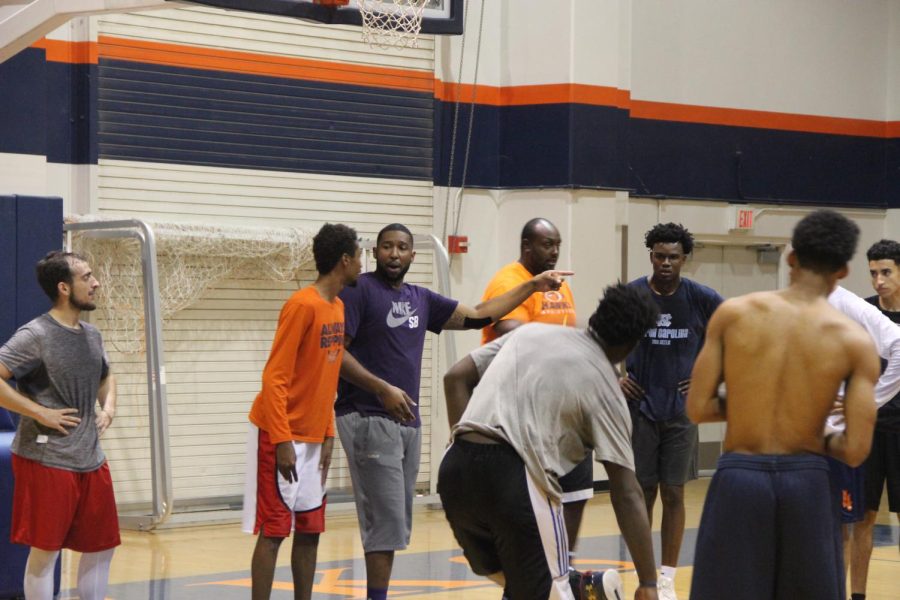 Jonathan James will be entering his second season as the head coach of the Cosumnes River College men’s basketball team. The previous season, he took the team to the playoffs with a 13-15 record.

James said that even though they achieved success on the court, it was having all of his players academically eligible that he was most proud of.

“I think all of my guys getting it done in the classroom and being eligible, that was the biggest accomplishment for me,” said James.

James said he wants to build off that; he doesn’t want his players barely making it academically. The year before James arrived, there were eight players ineligible due to academic reasons by the time Christmas came around.

The assistant coaches and players support James’ philosophy of handling your business off the court comes first and then the on-the-court success will come.

“The biggest impact is academically, that’s priority number one for him is making an impact academically for these student athletes,” said Assistant Coach Mathew Bradley.

Last season, due to the lack of height, James had his team play a more up-tempo game and really use the speed of their guards.

“We didn’t have that inside presence in terms of a rim protector, shot blocker, someone we could just throw it inside to and just get a bucket,” said James.

He looks forward to still playing an up-tempo offense, but he’ll also have his team play inside when they need to.

“This year we will have a combination of both which is something that we really looked at during recruitment,” said James. “We have the right guys to be successful in both areas.”

James said he is looking forward to making the playoffs and more this year.

James’ team will feature nine freshmen this year. Even though his team is young, he has faith in his players and their abilities.

“I think with us, it’s important that we give our young guys the utmost confidence,” said James. “We have to encourage them.”

James said he’ll give them a little bit of a long leash and allow them to make mistakes, play through those mistakes and correct them.

“We have a rule and that is don’t make the same mistake twice,” said James.

“You have room for error, but let’s not make the same mistakes over and over again.”

James is a CRC alum, got a scholarship through basketball and has played overseas.

“He’s been there done that, he’s been to this school, worked hard and got a scholarship and even now continues to work on his education by studying to get his second masters,” said Bradley.

Even with the Big 8 conference being a tough one, James believes in his team and thinks they can win the conference title this year.

“It’s always one of the top five conferences in the state, but I believe we have the talent to do it,” said James. “That’s one of the biggest goals that I have for my guys this year; let’s make a legitimate run at the title this year.”

The team will have their first game this year Nov. 2 at the San Jose City Tip Off Classic.