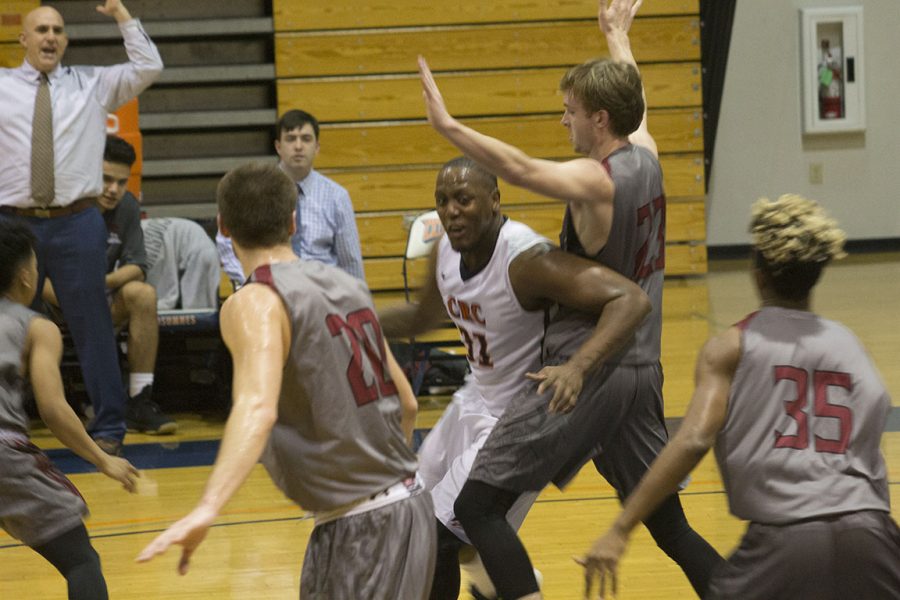 Both teams opened up the game turning the ball over and missing shots until the Hawks hit back to back three pointers.

Both teams were unable to get any offense going as they both continued to miss shots and turn the ball over for several minutes.

The Hawks continued to make the Wolverines miss and turn the ball over but were unable to capitalize and turn that into points.

The Hawks are missing some key players due to academic ineligibility and it showed on the offensive side as they were unable to score consistently. They were down at the end of the half 20-33.

“You always wanna have a deeper bench and wanna have guys to rotate in so not having them makes it harder,” said assistant coach Mathew Bradley.

It was much of the same in the second half as both teams still struggled to score for the first few minutes of the half.

The Wolverines scored the first few points of the half and the Hawks finally scored three minutes into the second half when guard De Rajee Austin made a layup.

“Some guys were giving that maximum effort but you need all five guys giving it their all at the same time,” said Bradley.

The Wolverines offense came together as the half went on and they started to pull away from the Hawks.

The Hawks continued to play hard, but didn’t communicate well with each other and were sloppy with the ball.

“I think physically we are on the same page but mentally not everyone was locked into play till the end,” said guard Onkar Sidhu.

With the Hawks unable to get their offense together down the stretch, they gave the Wolverines multiple chances to score. The Hawks lost 49-73.