Hawks win over Sacramento City in a thriller 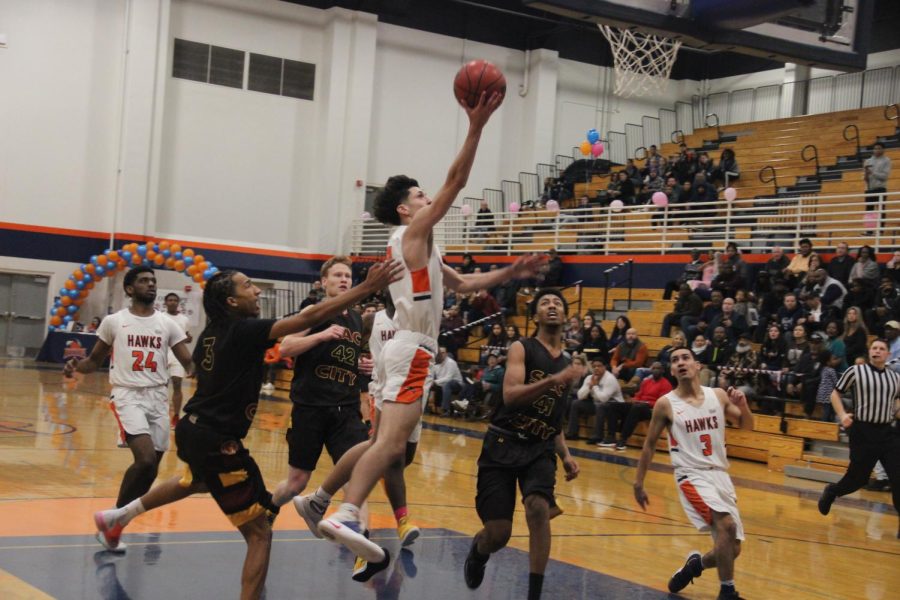 The Hawks played against the Sacramento City College Panthers on Tuesday.

The men’s basketball team took down the Sacramento City College Panthers 53-50 during a charity game on Tuesday.

Freshman Guard Sean Granucci scored 17 points coming off the bench, which contributed to their win.

“It feels good,” Granucci said. “I’ve been slumping all year, so the guys have been encouraging me.”

Despite both teams shooting below 40 percent from the field, the Panthers were able to end the first half in their favor. Initially, the Panthers took control of the half by hounding the defensive and offensive boards.

The Hawks also had some trouble converting their free throw attempts, shooting only 40 percent from the line.

However, the Panthers began to break down during the second half.

“In the second half we were more in sync,” said Head Coach Jonathan James. “We were contesting without fouling, talking, and we rebounded the ball better.”

The Panthers began exhibiting some mental lapses by turning over the ball to the Hawks.

Towards the end of the third quarter, Granucci and Freshman Guard Samuel Cota combined to give the Hawks an 11-0 run, which put them within three points.

Freshman Forward Christian Fong was also a factor off the bench, grabbing five of their nine team rebounds in the half and hitting a turnaround jump shot.

“I just came off the bench trying to do the dirty work,” Fong said. “That’s the result we get when we put together a good group effort.

Sophomore Guard John Brooks played three minutes but managed to get a steal and an assists.

“We got great help from our bench players,” James said. “Sean hit a couple of threes, Christian made some shots and rebounded the ball well, John came in and played defense. Those were the highlights for me.”

Besides missing some key free throws, the Hawks were able to take down their conference rivals and increased their chance of grabbing a playoff spot.

The Hawks will take on Modesto Junior College on Feb. 12.