Hawks take both games of a double header 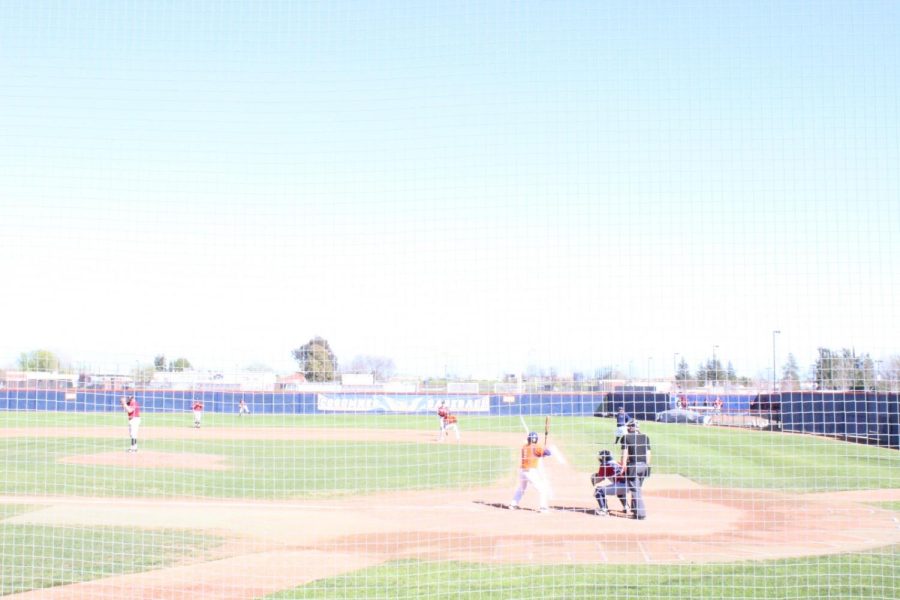 The Hawks’ baseball team went to bat on Thursday, knocking Skyline College Trojans out the park winning both games of a double header with the second game ending 9-3.

Starting pitcher, sophomore Josh Caldwell kept the Trojans at bay, allowing them one run in the first inning.

The Hawks took the lead in the second inning, freshman Griffin Selby getting on with an error and then advancing to third when sophomore Alex Crouch doubled. Freshman Brett Graber doubled, Selby scoring and Crouch and ending the inning with the Hawks leading 3-1.

“They just competed,” said Head Coach Don Mico. “We’re a team that has to basically get guys on, get them over and get them in, and they executed today.”

The Hawks’ solid defense and excellent pitching, put up zeros for most of the game and the Hawks had dominated the entire time, never giving up the lead.

“We have guys on base and we came up with big hits,” said Mico.

The Hawks have been working hard this season, with 24 games played and have a 17-7 record, according to the Hawks’ website.

“You’re supposed to fail in baseball,” said Mico. “We have to let these guys learn how to get out of these situations and make sure they know how to handle this situation.”

Freshman infielder Essex Brown, who finished the day with two hits, intends to keep his approach at the plate simple for the rest of the season.

“I worked my counts good and I hit my pitch,” said Brown. “I didn’t miss it.”

Graber said he was happy with the way he performed, saying he believes he did everything to help his team and help them win the game.

The Hawks beat the the Trojans in every aspect of the game, taking the lead in the third inning and never giving it back.

“The Trojans just got flat out beat,” said Brown. “We were just a much better ball squad, a better team.”