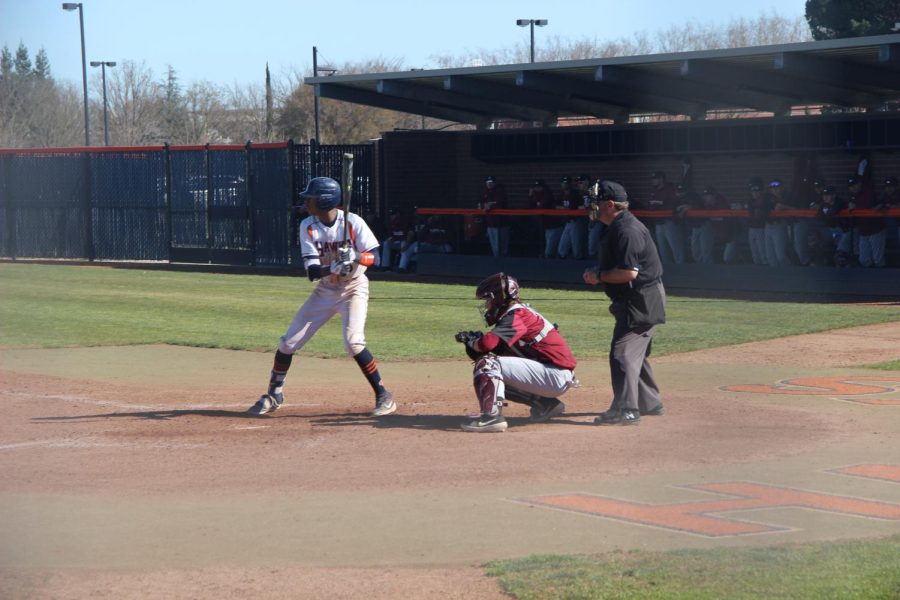 Burle Dixon has been leading the Hawks in many offensive categories as the teams leadoff hitter. Dixon has used his speed and power to post 31 runs scored in 26 games.

All season long, the Hawks’ leadoff hitter has been a catalyst at the top of the lineup for his team with excellent power at the plate, speed on the base paths and pure athleticism in the outfield.

The five-tool right fielder, Burle Dixon has caught the attention of several Division I scouts in his sophomore season hitting .375 with 11 extra base hits, 25 RBI’s and 15 walks in 22 games.

“At the plate, I just try to swing at pitches that I can drive into the gaps,” Dixon said. “I usually hunt the fastball and try to put a good swing on it.”

Along with his early dominance at the plate, Dixon has given other teams trouble with his ability to produce runs while on base. With 18 stolen bases and 25 runs scored, Dixon’s success can be attributed to his aggressiveness on the base paths.

“Whenever I get on base, I try to run early and often,” Dixon said. “I know I can run so when I take off, I like my chances of being safe.”

Although he has been a standout offensively for the Hawks, Dixon said he takes pride in being a multifaceted player.

“I don’t want to be a guy who is known for just hitting,” Dixon said. “I think it’s important that I am being great on offense, defense and as a teammate.”

Dixon’s play on the field is undeniable, but Head Coach Don Mico said what sets him apart this year is how great of a teammate he has been.

“Everyone here has to be a good teammate,” said Mico. “Burle has been that and I hope he has the opportunity to play at the next level.”

Mico said he ensures his players are being the best teammates that they can be and he’s proud of Dixon for being that example.

Mico and several teammates said they consider Dixon a great leader for the team both on and off the field.

“Burle leads by example whether that’s in the classroom or in the batting cages,” said freshman infielder Essex Brown. “He’s always working.”

Dixon said he credits his success on the field to his parents, who introduced him to the sport when he was four years old.

“My parents have had the biggest influence on me,” Dixon said. “They always made sure I was working hard so I give them all the credit.”