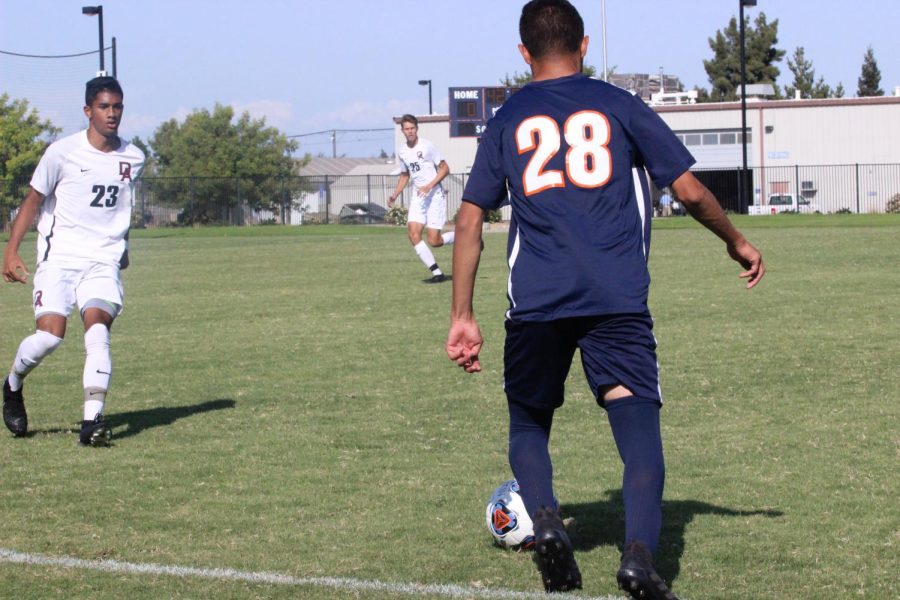 The men's soccer team lost 5-0 to De Anza College. The loss makes this the team's third game they lost consecutively.

The men’s soccer team was served another crushing defeat on Tuesday against De Anza College 5-0.

The Dons, best known for their longball way of playing soccer, outscored the Hawks, who began to imitate the Dons’ way of playing.

The Dons were able to score their first goal of the half 20 minutes into the game. It didn’t take them long to catch up to the lead, scoring another goal before the end of the first half.

The Hawks had connected the ball with each other well, they just weren’t playing their game of soccer.

“That’s not what we do,” said Preble. “They did what they do and we didn’t, so they were more like themselves than we were. Longball is never our style.”

The Hawks’ defense was keeping the ball in play, protecting the goalie whenever the ball was within shooting distance.

“We were better tactical-wise and just connecting in the first half,” said team sophomore forward Julio Leal Ruiz. “Keeping that same energy throughout the entire game is the goal for next time.”

The passing and communication were excellent in this game. The team made sure to spread the ball around and keep it in play.

The Hawks held the Dons off as best they could but struggled to play consistent defense, said Preble.

The Hawks implemented the game plan the coach laid out in the first half, but Ruiz said the team deviated away from the scheme.

The team, mainly comprised of freshmen, are still ironing out their kinks and trying to build each other up. Despite their losing streak, they still remain optimistic.

“We just need to get close and work them,” said freshman defender Garrett Edwards. “The next game is ours.”