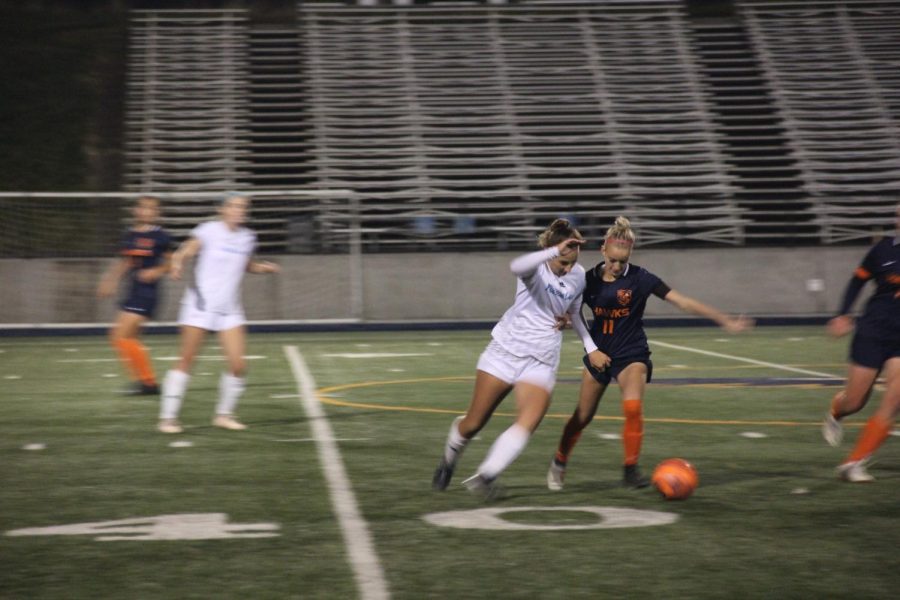 The Hawks tied with Folsom Lake College's Falcons. The game was held on Friday and was the last game of the season.

Head Coach Cesar Plasencia said his team went against a great team and made him proud that night. The team came in riding a tie in their previous game, according to the Hawks website.

“They went against one of the best teams in the state going head-to-head with them and competing,” said Plasencia.

The Falcons controlled the ball at the start of the game, while the Hawks failed to score when they gained possession.

However, despite the Falcons being a dominant team, neither team scored or made a goal.

As the first half came to a close, the Hawks began to gain possession of the ball by sticking to their strategy of slowing the game down to try to keep the Falcons from attacking.

“The first half was difficult but we powered through it,” said sophomore midfielder Bailey Bradford. “It was an honor to play this last game and with this team.”

The commentator of the game read a speech written by Plasencia to the second-year students and to the 2009 women’s soccer team.

During the second half, the Hawks were able to take control of the ball more often to keep the Falcons from quickly moving upfield. While the Hawks still had some opportunities to score, none of their shots came very close, ending the game with a tie.

“My team played excellent,” said sophomore goalkeeper Tanayjah Tamano. “They kept the ball away from me at the goal.”