Outside blocker is acknowledged for her hard work and team spirit 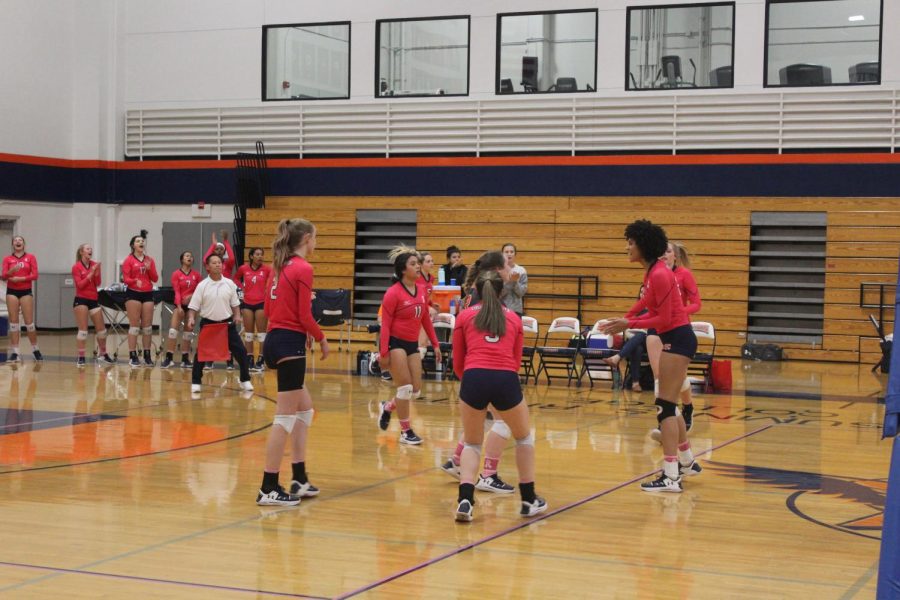 Freshman Kaley Dosier is an outside blocker on the women’s volleyball team and has been noticed for her work ethic and teamwork. However, Dosier didn’t immediately see herself playing volleyball.

Dosier said that during middle school, her mom suggested to tryout for the volleyball team because she didn’t want to play anything else. However, she said she ended up loving it, and she’s been playing the sport for six years now.

Dosier started off as a middle blocker and now holds an outside blocker position. She has gone through a transition of teams after playing for her high school in Linden, Calif.

“It’s definitely been different,” said Dosier. “I’ve had bad experiences with all four of the high school teams that I’ve played on and so this was definitely different from a playing aspect and as a team and attitude aspect.”

Dosier said that she’s been having a good experience on the team because of the vibes she gets from the other players, which influences her wanting to be there.

“I had tried basically every single sport before volleyball,” said Dosier. “I used to hate volleyball.”

As an outside blocker, Dosier said she has improved in several areas, such as passing the ball and being in front of the net.

“I’ve actually improved on the outside,” said Dosier. “It was really discouraging at first because I had never played it before, I’ve been a middle since I started.”

Assistant Coach Olivia Sowles said Dosier has great work ethic and she works really hard, not only in the weight room but on the court as well.

Sowles said Dosier is very strong with her swings and she is always willing to try something new.

“She puts everything that we’ve been working on in practice into the game,” said Sowles.

Sowles said off the court, Dosier is really good when it comes to bringing together the whole team to hang out outside of practice. Dosier is known to bring confidence and teamwork to the team.

“She’s pretty confident, she’s super nice and she’s friendly with all the other girls,” said Sowles. “She plays well with the team, she’s been one of our starters. ”

Ashanti Cason, sophomore and opposite hitter, said it’s a lot of fun being on the team with Dosier.

“I adore Kaley,” said Cason. “She’s very motivating, she always has your back and when she gets down you can tell that she’s trying really hard to get back up. When she makes a mistake, she doesn’t give up easily.”

Dosier said before a game, she really tries to keep a positive attitude and to keep thinking that anything could happen at any time in regards to whether the team will win or lose.

“I know I’m a good player and I know that I can do a lot more than what I think I can,” said Dosier. “I kind of just have to keep the attitude that you know there’s always room for improvement, I’m never going to be perfect.”