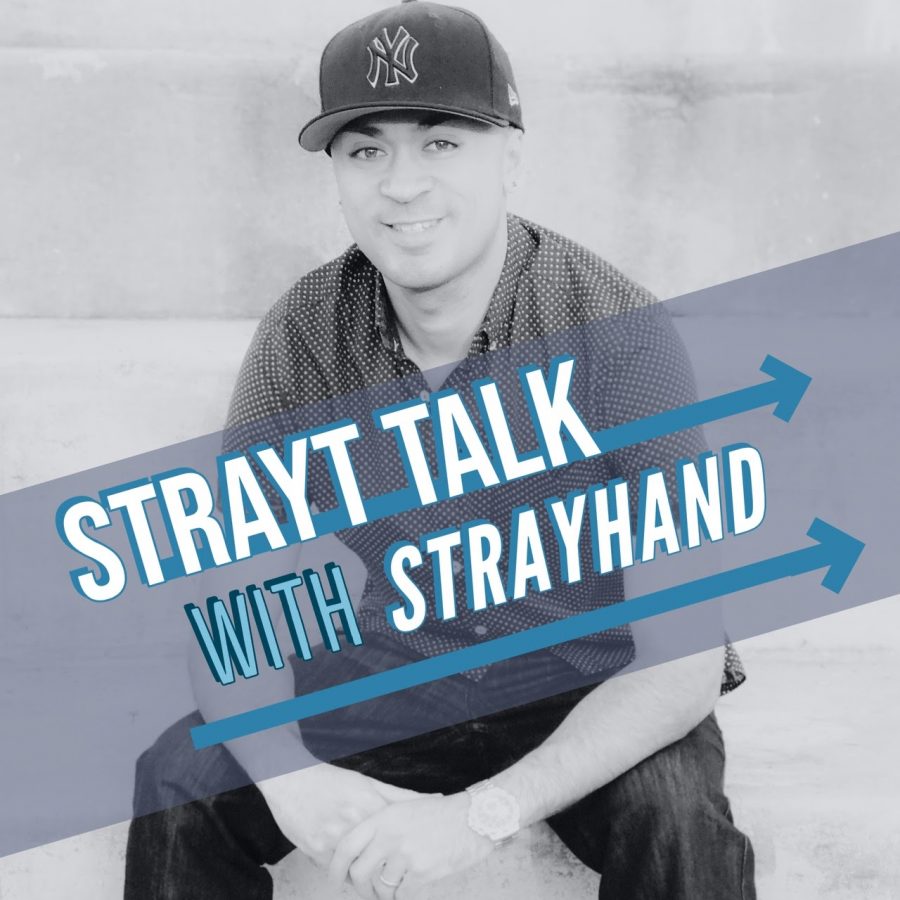 “Strayt Talk with Strayhand,” hosted by Oddie Strayhand, is a weekly podcast series based in Elk Grove, Calif. The podcast aims to highlight local and national athletic and business success stories and is currently streaming in 14 countries.

As the pandemic carried on and sports were put on pause, an Elk Grove resident was tired of all the negativity from the pandemic, and said he decided it was the perfect time to create some positive content for people to indulge in.
“Strayt Talk with Strayhand” is a weekly podcast series hosted by Oddie Strayhand and is currently streaming in 14 countries. “Strayt Talk” spotlights success stories in the Sacramento area and nationally, with an emphasis on athletic and business-oriented stories.
“One thing I did want to do is highlight the local talent here in Sacramento, because I think we have a lot of talent here, not just in sports but in all industries,” said Strayhand. “The sky’s the limit for what this show could be. I really feel like this could be the one show that really highlights this region and this area because we don’t have a podcast that does that.”
Now 28 episodes deep, Strayhand has featured many different guests, such as Major League Baseball All-Star Greg Vaughn, WearTesters co-founder Chris Chase, former Seattle Seahawks Quarterback Seneca Wallace and Cosumnes River College Men’s Basketball Coach Jonathan James.
James emphasized the type of environment Strayhand was able to create during their episode, saying it felt comfortable, organic, fun and positive.
“He is doing great work with his podcasts. He is starting with people that he knows or is familiar with. I think that is going to provide the longevity of the podcast and it is going to appeal to a lot of guys,” said James.
James said the questions made it feel conversational and not like an interview, saying he had initial questions and then had follow up questions that brought it to a different level.
“I always like to get the backstory, everybody has a story and that’s what really inspires me, hearing the story, and everybody’s a different story,” said Strayhand. “Coach James in his situation, it’s amazing.”
In James’s particular episode, “26 | Interview with former overseas and current Cosumnes River Head Coach Jonathan James,” he talked about his basketball journey from community college, to playing for the University of West Georgia, playing overseas and eventually finding his passion for coaching.
“I think with all these guests, someone is relating to them, they’re inspiring someone without even knowing it by sharing their story. Sharing their testimony,” said Strayhand. “I really try to dig deep. I keep it positive, even though some situations are not positive but that’s just part of the testimony, it’s part of the adversity that they have to overcome.”
Strayhand takes pride in being a family man. He has been with his wife Apryl for 18 years and has three kids; oldest son Isaiah, youngest son Malachi and only daughter Mahari.
“One thing I always find time for is my family,” said Strayhand. “I think that’s what inspires me the most is to be able to create a schedule that goes around my family instead of the other way around, and it’s just been a blessing man, it has been a blessing.”
Marlow Rockwell, a longtime friend of Strayhand, went to Cordova High School with Strayhand in Rancho Cordova. Rockwell and Strayhand played sports together in their teenage years.
“We all know that sports have been one of the things that brings people together. With all of the division in our country, I think that this is refreshing,” said Rockwell. “People love feel-good stories. Throughout all the hard work people put in, people don’t see that side of those athletes.”
Interviewers often dictate interviews, but Strayhand gives the interviewee an opportunity to use their platform and gives them the chance to state what they want to state, added Rockwell.
“I encourage people to listen to it, to get the real insight and backstory of his interviewees success,” said Rockwell. “Whoever it is, he does a good job at giving you a backstory of that person’s success.”
Strayhand said this year has treated him well, and he really wanted to have a project that came from this pandemic.
“I wanted to prove this to myself, I also wanted to show my kids firsthand to walk the walk, not just talk the talk,” said Strayhand.
Strayhand said he wishes someone told the younger Oddie to focus on the people who support you, and to be really stingy and particular with who you give your time to.
“If you have a passion or you feel like there’s something you feel strongly about that you want to be able to have your voice out there, creating a podcast isn’t too difficult,” said Strayhand
The podcast is currently streaming on Google Podcasts, Apple Podcasts, Spotify and all other major podcast-streaming platforms.