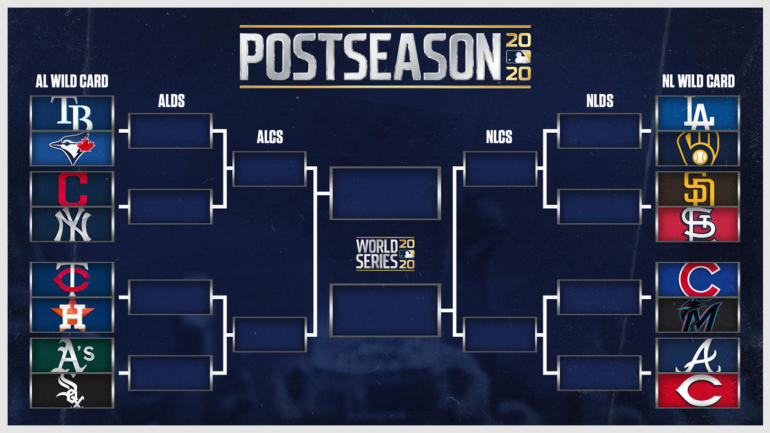 With this new 16 team playoff format, every team is hopeful to gain momentum in order to reach the World Series and win it all.

With October approaching, Major League Baseball fans know that postseason baseball is on the horizon after a late start to this shortened season, which meant every game mattered.
In a year where fans saw a shortened 60-game season compared to 162, multiple rule changes like the designated hitter being implemented into the National League and an expanded playoff format where 16 teams are able to clinch a playoff berth instead of 10 will definitely create excitement going into this postseason.
The wild-card round starts Tuesday and is a best-of-three series instead of a one-game showdown.
From the NL, the Milwaukee Brewers and the St. Louis Cardinals punched their postseason tickets this past Sunday on the last day of the season with a combination of results that left the Philadelphia Phillies and the San Francisco Giants out of the playoffs.
Four out of five teams in the NL Central clinched a playoff berth as the Chicago Cubs won the division, while the Cincinnati Reds ended up clinching their first playoff berth since 2013 as they got hot at the right time, winning 12 out of their last 15 games.
Another team that broke a long playoff drought is the San Diego Padres who secured a playoff spot as the second place winner of the NL West, reaching the postseason for the first time since 2006.
The Miami Marlins also reached the postseason as the second runner up of the NL East and are in the playoffs for the first time since 2003, where they won the World Series. The Marlins have never lost a playoff series; therefore, the two playoff appearances that they have had resulted in World Series wins.
As for the AL, the main stories revolve around the Chicago White Sox and the Tampa Bay Rays who also were able to break playoff droughts.
The White Sox were able to put together a solid young team consisting of Eloy Jimenez, Luis Robert, Tim Anderson, Yoan Moncada and their veteran first baseman Jose Abreu, who led the MLB in RBI’s, among others to finally bring playoff baseball back to the South Side of Chicago for the first time since 2008.
The Rays were able to leave behind the powerhouses of the AL East like the Yankees and Red Sox to win the AL East for the first time since 2010, stunning the MLB by winning their division while having one of the lowest payrolls.
As for the AL West, the trash-can-banging in Houston proved to be essential in the Astros past success as key players batting averages in 2020 dropped significantly after being exposed to the whole league, along with a sub .500 record. Ultimately, the Astros ended up clinching a playoff berth in second place of their division.
This means that the Oakland Athletics were able to win their first AL West crown since 2013 to overcome the Astros who had been dominating the division for a couple of years. The A’s are positioned to go far in the postseason after some early exits from the 2018 and 2019 AL Wild Card game.
Another young team looking to surprise the baseball world are the Toronto Blue Jays who have a young team consisting of Bo Bichette, Vladimir Guerrero Jr., Cavan Biggio and others who reached the postseason as the 8th seed for the first time since 2015.
Looking at the wild-card round, the White Sox are a team who looked to have a top seed in the AL playoffs, but fell hard in the last week where they lost eight of their last 10 games. They will face off against the A’s at the Oakland Coliseum.
On the flip side, the hottest team coming into the postseason are the Reds who will play the NL East champions Atlanta Braves, with their Cy Young candidate Trevor Bauer set to be on the bump for game one.
A player to look out for is Fernando Tatis Jr., arguably one of the most exciting players in baseball who will try to lead the Padres to a deep playoff run along with Manny Machado alongside him at the hot corner.
The constant candidate to disappoint during the playoffs will be the Los Angeles Dodgers, who had the best record in baseball featuring former MVP’s and a former multiple time Cy Young award winner. The Dodgers had a disappointing early exit in 2019 and back-to-back World Series losses in 2017 and 2018. They will face off the 8th seed Brewers at Dodger Stadium in the first round.
A couple of main factors to look out for this postseason are rule changes like the three batter minimum and the DH in the NL.
Gone are the days of lefty specialists who will come in to face one batter, which can be crucial in a postseason series, and pitchers who get in the box to look at three straight strikes down the middle. It will be interesting to see how this will affect postseason games going forward, as every pitch is crucial in the postseason.
At one point, it seemed like we weren’t going to have baseball this year, but now with postseason baseball starting Tuesday, baseball fans are excited for October baseball.