‘Safety’ on Disney+ lands in all the right places 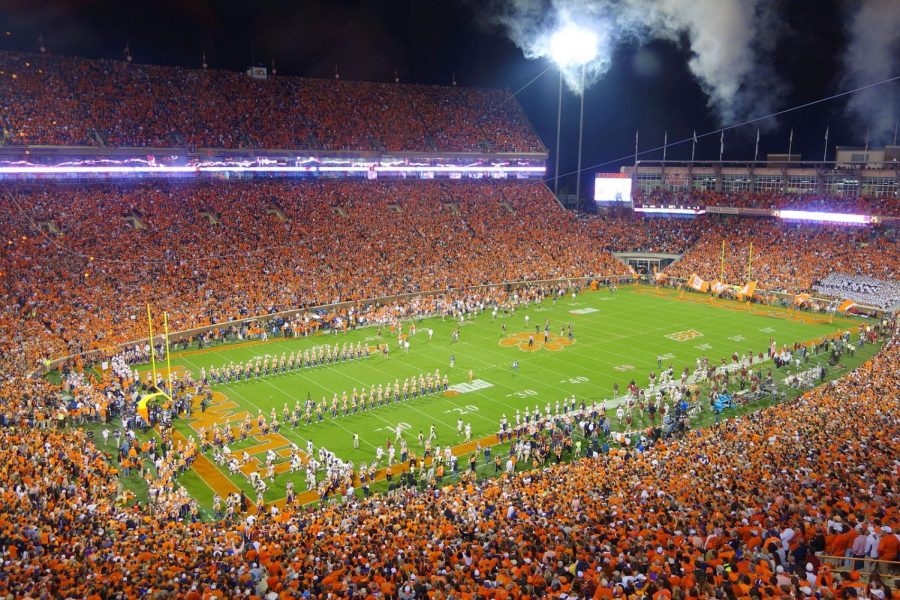 Disney+ released "Safety," an inspirational movie for all ages.

Informative, educational, heartfelt and much more are all words to describe “Safety,” a movie based on a true story.
Released on Dec. 11, “Safety” displays the difficulties of not only being a Division I student-athlete but also having to support a younger sibling.
The main characters include Ray McElrathbey (Jay Reeves) and Fahmarr McElrathbey (Thaddeus J. Mixson) while supporting characters include Kaycee Stone (Corinne Foxx), Daniel Morelli (Hunter Sansone) and Coach Tommy (Matthew Glave).
Some actors proved to be familiar faces with Reeves playing Shawn Scott on “All American,” a sports drama series, and Glave appearing in “The Wedding Singer” as Glenn Guglia.
Ray’s college journey at Clemson University starts with him adjusting to a packed schedule involving practice and classes, leaving little time for his younger brother, Fahmarr.
This packed schedule is nothing new for several athletes that attend any school, whether it be a university or high school.
Watching Fahmarr feel excluded reminded me of my relationship with my younger sister, showing viewers, including myself, how much the younger sibling can really look up to the older sibling.
In Fahmarr’s case, Ray was the only stable person in his life because their mother was unpredictable as to whether or not she would be able to take care of her children and herself.
With Ray being a full-time college student-athlete and Fahmarr’s best guardian, he debates with himself about what to do with Fahmarr.
Personally, this was a sad scene to watch because the actor playing Fahmarr showed himself trying to put on a brave face so that Ray wouldn’t have to worry.
The actors did a good job portraying the sadness they both felt with simply their facial expressions.
Even with Fahmarr forcing a smile on Ray, it was clear for me to see the way they truly felt, which made the movie play to my pathos.
This situation was already difficult alone, though there was one more detail to Ray’s situation that made it that much riskier.
Ray lived a double life as a college athlete and a caretaker, sneaking his brother into his college dorm and finding people to trust with his secret.
I believe the writer and director did a good job in showing how the pressure put onto Ray displayed the other side of the community that may not have agreed with Ray’s decisions.
I really enjoyed viewing how the community supported them because it showed a sense of unity that is a common theme throughout the movie. The strength of the story came from people helping one another out.
Different editing of several clips in a short amount of time was included to show just how people chose to help out both Ray and Fahmarr, which kept the movie intriguing and earnest.
In the end, Ray had to face the NCAA, but not alone.
“Safety” is perfect for a movie night, whether you’re watching this as an adult or looking for a good movie for your children, this inspirational movie will leave a lasting impression on you.
Ray admirably took this responsibility upon himself but reminded us all that it’s okay to ask for help when one needs it the most.