The NFL concludes its most unique season 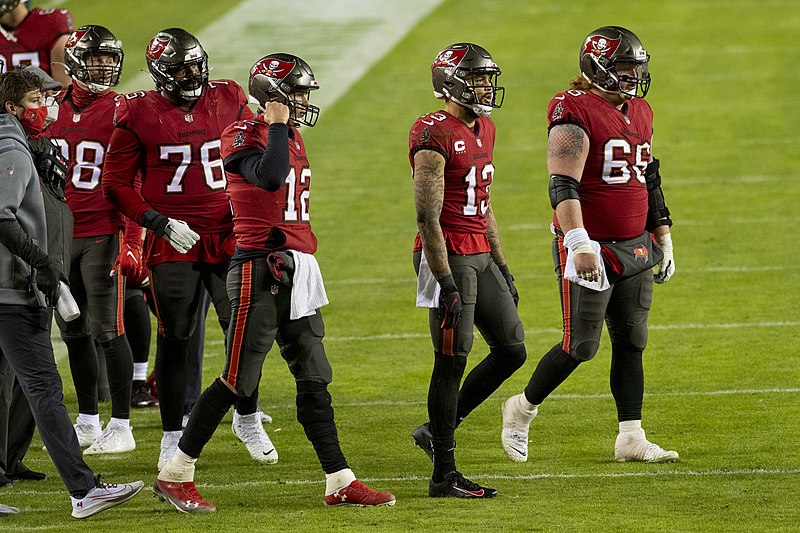 Two hundred and sixty-nine games later, and the NFL season is finally over, and we head into the offseason after one of the most bizarre seasons in league history.
This season was unlike any other due to the coronavirus pandemic ravaging the nation. The NFL took precautions to protect the players and staff along with new guidelines to help teams with positive COVID-19 tests.
The 2020-2021 season was an overall success. The Tampa Bay Buccaneers won the 2021 Super Bowl and the heralded Lombardi Trophy, the first team to win a championship in their home stadium. Along with this, quarterback Tom Brady won his record seventh championship, more than any NFL franchise has ever won.
Before the season began in Sept. 2020, the league decided to cancel all preseason games to minimize the chance of spreading the virus.
The lack of a preseason ultimately led to a record-breaking year in scoring with a total of 12,692 points and 1,496 touchdowns, the best offensive season in NFL history.
Additionally, the preseason games’ cancellation opened the door to an astonishing amount of injuries to big-name stars such as New York Giants running back Saquon Barkley and Dallas Cowboys quarterback Dak Prescott, especially early in the year.
COVID protocols also allowed franchises to make adjustments to their rosters if a player had caught the virus. The NFL permitted teams to move a player to the injured reserve/COVID-19 list.

The new rule allowed players to return from the injured reserve list after three weeks instead of six weeks. This added a new element to the league, and it might change the way the NFL looks at managing injured reserves and rosters for seasons to come.
Possibly the most noticeable change to the NFL this season was the lack of fans at games. Some teams were allowed to have fans, but at a limited capacity due to state coronavirus guidelines. The idea of home-field advantage did not exist this season.
Towards the end of the season, some stadiums were beginning to open for fans. For example, all three Florida teams had limited capacity at games, but the three California teams were not allowed to have fans for the entire season.
This inconsistency in rules led to different atmospheres at each game. At one point, our fellow northern Californians, the San Francisco 49ers, had to move their practices and games to Arizona because their home county, Santa Clara, prohibited any contact sports.
The traditional home-field advantage is a considerable asset to teams in the NFL, especially during the playoffs; this was proven this season as the records of teams playing at home was 127-128-1, the first time home teams have had an under .500 record in NFL history.
Many teams had to play with a virtual crowd in the background of games. You would hear boos from the speakers, but there were no fans to be seen because the crowd noise was pre-recorded.
Another unique attribute of this season was the addition of two more playoff slots. Both the AFC and NFC allowed an extra contender on the road to the Super Bowl.
While the playoffs and the Super Bowl were mostly uneventful, this season was, without a doubt, entertaining. There were 43 comeback victories of double-digits point deficits during the season, resulting in 10 more than last year.
One trend that may continue to affect professional football in the near future is the implementation of analytics in coaching decisions and play calling. Punting is disappearing as more teams are opting to try their chances at a fourth-and-1; furthermore, there were more two-point conversion attempts this season than ever before since the NFL adopted the rule.
In a year where we witnessed a team play a game with no official quarterback, a head coach could not coach a playoff game to quarantine and players did their postgame interviews over Zoom, football and competition prevailed. Football fans will never forget the 2020-2021 NFL season, and like the years that it resides in, it will never be forgotten.