Volleyball libero racks up over 300 digs so far this season 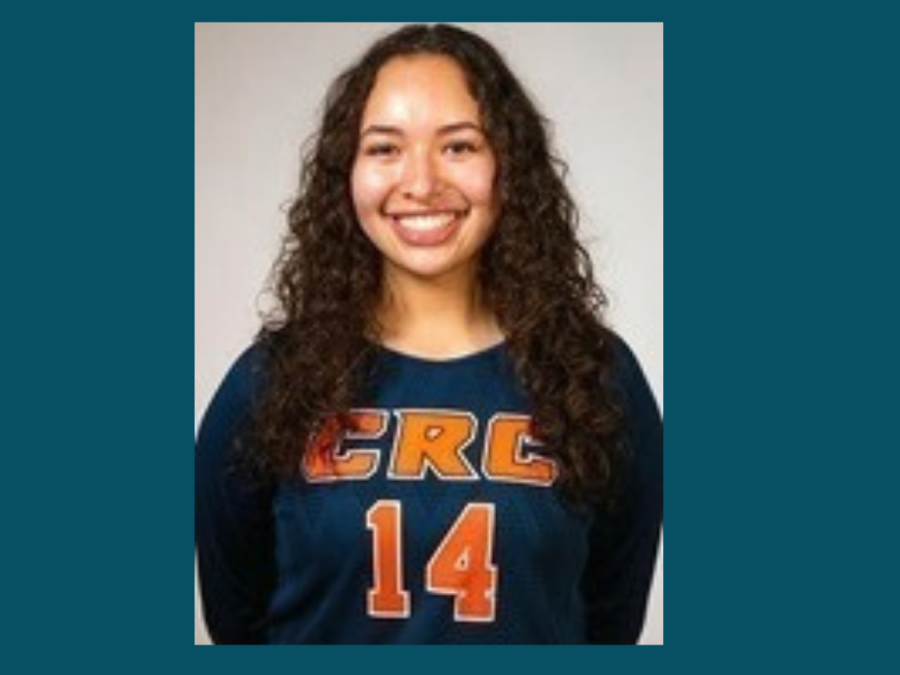 Nineteen-year-old volleyball player and early childhood education major Victoria Espinoza was chosen as the CRC Hawks athlete of the week for the week of Sept. 20-26.
Espinoza plays the position of libero or defensive specialist for the women’s volleyball team.
“Whoever wears that libero jersey, they are a leader of the back row,” said 19-year-old Freshman Maddy Motta, of Espinosa. “That is your place back there, she wears that jersey for a reason.”
Espinoza brings more to the table than her solid performances over the course of the season with 311 digs, 55 assists and 27 service aces on the season.
“You have to be able to be quick, you have to be able to react and you have to be able to read the hitter on the other side of the net,” Head Coach Kari Nahlen said. “That’s what she has over a lot of other people on our team is her quickness and her ability to read and be in the right spot.”
Motta also spoke of Espinoza’s support and positive attitude.
“She 100% not only plays to improve her game, and continues to get better,” Motta said. “She also does it for everyone else, and it’s extremely visible that she is playing for the team, playing for each individual on the team.”
Espinoza discussed playing the season without fans for indoor events and how the team keeps their energy and momentum up during games.
“We would like fans to be there, to come watch us play and then just boost up the energy but we’re not too negatively affected by it,” Espinoza said. “I think it’s just like the energy part and the loudness that comes with it, but I mean, either way I feel like we play pretty good with or without fans.”
Motta also commented on the fan situation.
“It just goes to prove with no fans, that when we win and we went really well, that it’s possible to have fun without fans, wins are even better like that,” Motta said. “Because our energy is completely dependent upon ourselves.”
One way the team is connecting with their fans is through live streams of their matches at every home match throughout this season.
“My whole house they’re like okay, how were we going to play, where we’re going to play, are we going to play on the TV, play on the computer, or like go have it on the phones,” Espinoza said. “My family is really supportive and really try to watch every game.”
Espinosa also discussed her goals after she eventually leaves CRC.
“I would like to be a kindergarten teacher, so I would want to transfer and then it’d be really cool if I could transfer for sports, but if not then you know, education is always great too because that’s really like the career path I really want to pursue,” Espinoza said.
Espinoza concluded by acknowledging the people who she depends on for support.
“My high school coach Donald Horan, him, and then my parents, Abel Espinoza and my mom Tilda Espinoza,” Espinoza said. “Those are pretty important people and support me 100%.”