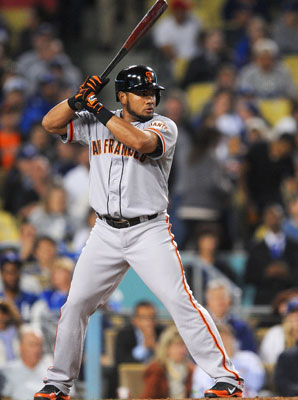 When reports surfaced of San Francisco Giants outfielder Melky Cabrera’s drug use, the baseball world was put into shock.

How could a guy let his team down like that?

But let’s be real here, steroids are as much a part of baseball as home runs and stolen bases. They may also be here to stay, unless Major League Baseball officials get their heads out of their asses and do something about it.

As it stands right now, MLB employs random drug testing, a system that clearly isn’t working. Players are looking at the MLB officials’ drug policies and simply laughing in their faces.

To better understand the consequences, I’ll put in layman’s terms: for a first time offender of the drug policy, it’s a 50-game suspension without pay. For a second-time offender, it is a 100-game suspension. And if you try to cheat the system three times, it is a lifetime ban from MLB.

While the penalties may seem fair at first, you must understand that baseball players are among the highest paid of any athletes in the four major North American sports.

Because MLB has no salary cap, the amount a player can make is virtually limitless.

With that being said, baseball players are choosing to risk suspension in order to make it to the big leagues or cash in on a huge payday.

While that seems like an understandable choice, it’s not fair to the other players that worked their whole lives for the same opportunity without any performance-enhancing drugs.

It also isn’t fair to the fans who pay hundreds of dollars to see their childhood heroes at their local ballpark.

Furthermore, it isn’t fair to the former players who worked their whole lives to break and even set some of baseball’s most historical records.

The evidence is there for all to see, and it’s high time MLB reviews its drug policy.

In order to discourage players from taking any PED’s, a first-time offender must be suspended for a whole season, without pay, and fined as well. Furthermore, in order to  insure a player doesn’t do it again, MLB should require the offender to go through a drug prevention program, just as a heroin addict would.

One of the most effective ways to stop someone from doing something is embarrassing them so badly, that they won’t want to hear the word ‘steroid’ again.

Now, if a player gets caught a second time, then the lifetime ban comes into place with an even greater fine. MLB must take a zero-tolerance approach if they want this drug use to stop.

Now that baseball’s true culture has been brought to light, it’s time MLB cleans up its act.

The tainted records and lies must stop, not for the players or owners, but for sake of the sport.