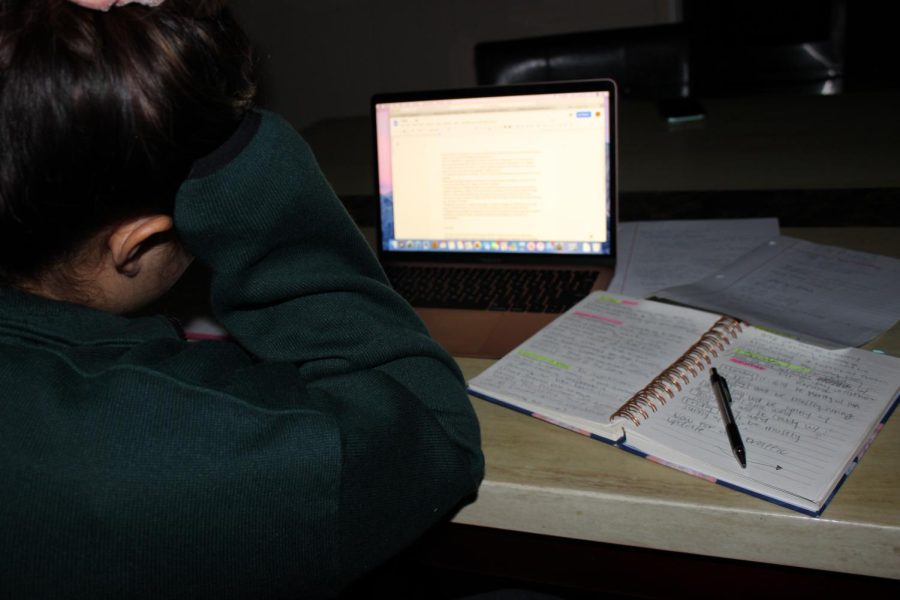 Studies show that college students suffer from sleep deprivation. Students at Cosumnes River College have reported to experience lack of sleep causing them to feel unfocused in school.

Current research has found that college students are known to be some of the most sleep deprived people in the nation, according to a public health thesis submitted to University of Arizona in May 2015.

It was reported within this thesis that when students lose sleep, it causes an interruption in their sleep cycles and leads to a decrease in their abilities to concentrate and complete various activities.

Several students attending Cosumnes River College reported to have a consistent pattern of experiencing a lack of sleep.

Jaimee Beard, a 19-year-old computer science and digital design major, said she usually only has about the average of five hours of sleep a night.

“I have severe executive disruption (ADHD) and it makes it really hard to focus and to do my assignments,” said Beard. “I usually come to school dressed in pajamas when I’m tired, which is a lot.”

Beard said she usually feels fine with five hours of sleep and too much sleep can cause her to feel groggy during the day.

Marco Basuel, a 34-year-old criminal justice major, said he only experiences about three hours of sleep a night.

“I have severe insomnia,” said Basuel. “I’ve never really slept much anyway so it doesn’t really affect me.”

Basuel said while he was in high school, he would skip school to have fun but now that he is in college, he skips school to do his homework.

Various professors and faculty on campus said they have noticed sleep deprivation among students quite often in regards to their appearance or academic performance.

Naomi Bahm, a psychology professor, said very few people can get by with three or four hours of sleep and most people need seven or eight hours.

“Your cognitive function is lower if you don’t get enough sleep,” said Bahm. “What a lot of people will try to do is catch up on the weekend and sleep more but that doesn’t necessarily mean you are getting the same quality sleep if you were sleeping regularly.”

Bahm said college students will have a difficult time while learning, remembering what they have learned and focusing on what their trying to study if they are struggling with sleep deprivation.

It was also reported by the National Institutes of Health, that the consequences of sleep deprivation and daytime sleepiness are particularly problematic for college students due to the results in low GPAs, impaired mood levels, increased risk of car accidents and low academic performance.

“Time management is the key to not over-doing it,” said Koscheski. “The reality is that students have a lot on their plate.”

Koscheski said due to a lot of the students on campus experiencing large amounts of stimulation, they will choose to visit the health services in order to lay down and detach from it all for a bit.

In a study used for a “Randomized Sleep Education Intervention for College Students,” there were surveys completed among students attending Midwestern University and it resulted in a vast improvement when it comes to a student’s sleep habits.

The method used was called “Sleep to Stay Awake” and the results were said to improve students’ sleep behaviors, sleep quality and depression scores, after they targeted the students’ sleep deprivation, poor sleep habits and mood changes.

“Sleep is a fundamental human need for survival, health and well-being, but more than half of all college students report feeling ‘tired, dragged out, or sleepy during the day’,” said Shelley Hershner, MD and Louise M. O’Brien PhD, MS. “This in combination with early class times, frequent use of technology before bed and caffeine consumption place college students at risk for insufficient sleep.”