Film professors provide their predictions on the Academy Awards 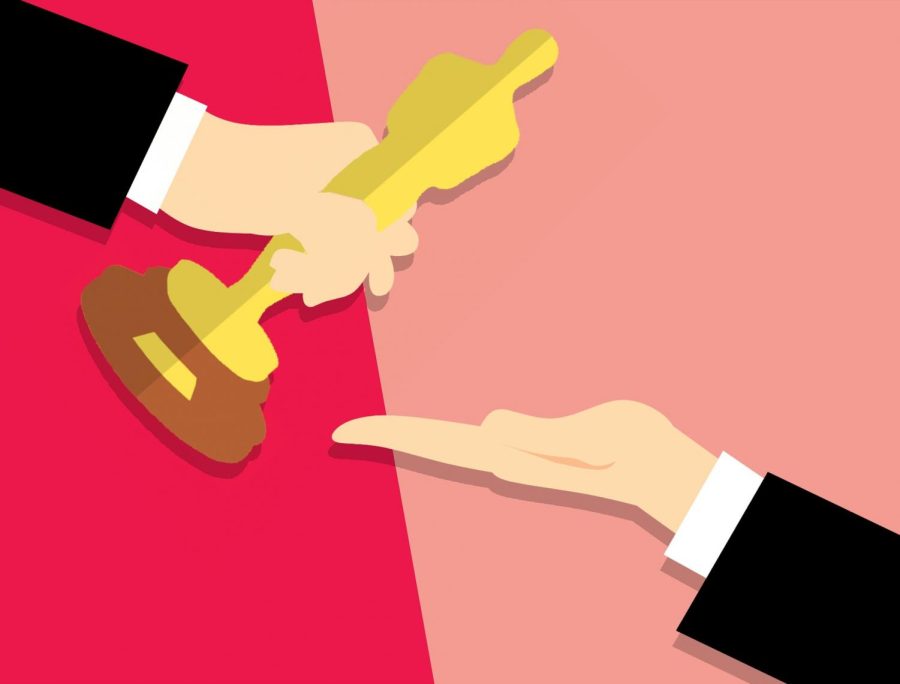 Film professors placed their predictions on who will take home an Oscar this evening. The Academy Awards are known as Hollywood’s big night. There are at least 23 nomination categories this year.

The 92nd Academy Awards ceremony is approaching and various radio, television and film professors provided their predictions in regards to which category will take home an Oscar.

Four of the on-campus RTVF professors were asked to provide their personal predictions for the nomination categories of Best Picture, Best Actor, Best Actress and Best Director.

Film and Media Studies Professor Adam Wadenius has been teaching on campus for two semesters.

Wadenius said he has viewed five of the nominees for Best Picture and picked “Jojo Rabbit” as his favorite.

“If I had to make predictions about what I think was going to win, it would either be ‘Parasite’ or ‘1917,’ said Wadenius.

Wadenius said he has viewed the performances of Joaquin Phoenix and Leonardo DiCaprio who are two of the nominees for Best Actor.

“I’ll predict Antonio Banderas just because he’s somebody who has been around a long time and is also well-liked and respected in the industry,” said Wadenius.

Wadenius said he has not yet viewed the performances of the actresses who have been nominated for an Oscar.

“I’m gonna say Renee Zellweger,” said Wadenius. “ Everyone talks about her performance in ‘Judy’ as being this masterpiece and I think she’s already won a bunch of stuff for it.”

For the last category, Wadenius said he would predict Sam Mendes (“1917”) to win the Oscar for Best Director.

“Because ‘1917’- it may be one of those things too when they give it cinematography and then maybe Bong Joon-ho wins ‘Parasite,’ you know usually those two things tend to go together,” said Wadenius.

Film and Media Studies Professor Mark Steensland has been teaching on campus since 2013.

Steensland said that his predictions for the Oscars are “1917” for Best Picture, Joaquin Phoenix for Best Actor, Renee Zellweger for Best Actress and Sam Mendes for “Best Director.”

Steensland said that there has been some discussion around the films “Hustlers,” “Uncut

Gems” and “Dolemite” not getting nominated for an Oscar.

Wadenius was also in agreement that “Uncut Gems” should have been nominated and thought that the directing was really “straight-forward” and that the musical score was “odd but changed the whole tone of the movie.”

Radio, Television, and Film Production Professor Lauren Wagner has been teaching on campus for 11 years.

Wagner plans to view the rest of the nominated films as well as the performances of the nominees very soon.

“It was a very busy semester and I haven’t had the chance to stream or view a lot of the nominated films,” said Wagner.

Wagner said she did view “The Irishman” and “Once Upon a Time in Hollywood,” which were both nominated for Best Picture.

Wagner said that it will be interesting to see where the academy takes it when it comes to who will be going home with an Oscar.

“I am very interested to see where the academy goes with it and there are a lot of opportunities to make history,” said Wagner.

Professor Marcus Crowder also teaches film and media studies and is a performing arts journalist for The San Francisco Chronicle.

Crowder said that for Best Picture he believes there will be a toss up between “Parasite” and “1917.”

Crowder said that for Best Actor that there seems to be a clear winner, but individually believes it may not be the best choice.

“It seems like Joaquin Phoenix’s award to lose, personally I would like to see Adam Driver win for ‘Marriage Story,’” said Crowder.

“I think Scarlett Johansson is going to win for ‘Marriage Story,’” said Crowder. “But I would like to see Saoirse Ronan win for ‘Little Women.’”

For Best Director, Crowder said believes that we may be in for a shocker with someone he personally deems as his favorite as well.

“I think we might be in for a surprise and see Bong Joon-ho win the award for ‘Parasite,’ said Crowder. “I think the Best Director is going to be the most interesting and I’m curious on how that one is going to turn out.”

Throughout the Oscars, Crowder said he believes that ‘Parasite’ and ‘1917’ are going to be battling it out in the categories that each of the movies share together which include Best Picture and Best Director.

Crowder said that the Oscar snub he was most disappointed by was Greta Gerwig for her directing of “Little Women.” He is interested to see if she might win an Oscar for Best Adapted Screenplay.

“I think it is disappointing for me that Greta Gerwig did not get a nomination for Best Director for ‘Little Women,’” said Crowder. “It will be interesting to see if Gerwig and her partner end up each getting an award.”

The 92nd Academy Awards will air on ABC from the Dolby Theatre in Los Angeles, Calif. this evening at 5 p.m.