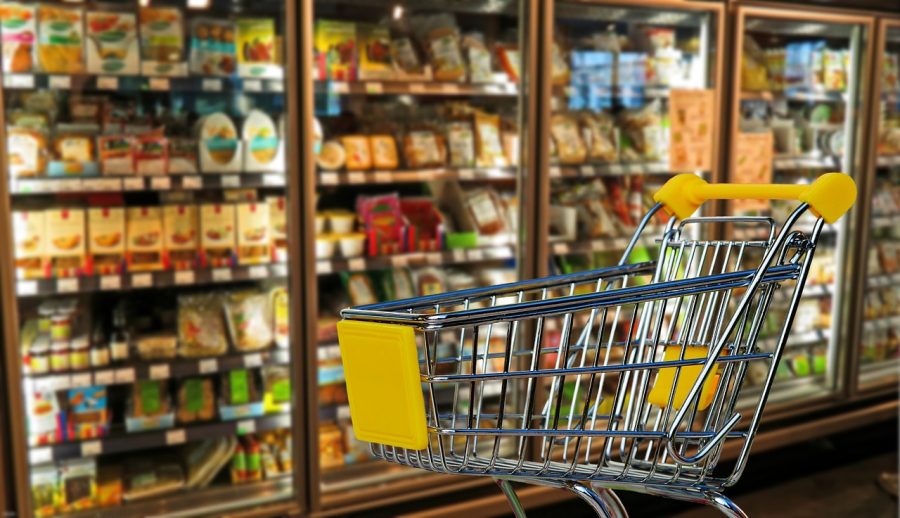 Due to the fear of the COVID-19 shutdown, people are now panic buying and hoarding toilet paper, water bottles, and more.

Being a checker at a local grocery store, I’ve had a front row seat to the various reactions people have had in the last few weeks to the coronavirus. How serious people are taking it has varied, but there are two attitudes toward it that have been very concerning.

One group has begun to horde supplies, each sitting on their own treasure troves of toilet paper and face masks. Alongside them are those who have decided to use the situation to try and make a quick profit.

In the first weeks of COVID-19 hitting the U.S., people began to load their carts as much as possible, grabbing whatever they could get a hold of. For many, this meant picking up some extra food to avoid extra trips to the store.

While this certainly takes a bit of a toll on the supply, it isn’t the main issue.  It becomes a problem when the person is dumping entire shelves worth of items into their grocery cart, even though most of it will just sit unused.

This hoarding of items causes plenty of problems for people, the most notable being people who aren’t actually able to get anything. There are plenty of people who may not have been able to go shopping during those early weeks, and as such would be out of luck.

More concerning though is the issues these shortages have caused for emergency services, especially hospitals. Face masks, gowns, and eye protection are all in short supply, putting many healthcare professionals at great risk for not only COVID-19, but other diseases as well.

“We are also seeing hospitals — and I just want to be candid with people — that are going down, for example, to the LA garment district and requesting seamstresses to start making masks,” said Governor Gavin Newsom in an address made through Facebook on Mar. 18.

To call this worry frustrating would be an understatement. This frustration is compounded when you realize there are a lot of people just sitting on boxes of these supplies, the majority of which they won’t use.

Frustration turns to anger though when those who have made the decision to purchase these supplies with the intent of selling them back at ludicrously marked up prices. This practice, called price gouging, is not only ethically wrong, but in many places in the U.S. is outright against the law.

While the range has varied, people have reported prices as high as $80 for something as simple as a package of toilet paper. For people who are stuck in a position where they can’t get what they need from the store, these disgustingly high prices are the kind of things they might have to deal with.

What makes things worse is that those doing the gouging are often the same ones contributing to the shortage. For an example of this, look no further than Matt and Noah Calvin of Chattanooga, Tennessee.

Following the first death from the virus in the U.S. on March 1, the brothers decided to purchase nearly 18,000 bottles of hand sanitizer from various outlets across both Tennessee and Kentucky. When they put about 300 of these bottles up for sale, they managed to sell them off for amounts varying from $8 to as high as $70.

Fortunately, sites like Amazon and eBay have taken steps to curb this, removing both the Calvins’ listings and several others in an attempt to stop the gouging. After both social pressure and being suggested to do so from the Tennessee Office of the Attorney General, the brothers donated the supplies.

Sadly, this isn’t going to be the case for a lot of people trying to scalp supplies. Many of those banned from Amazon and similar sites will either find another way to sell their supply, or even worse, just sit on them.

The harm both of these practices cause to people, whether intentional or not, can be significant. For those hoarding or thinking about hoarding items, it may not hurt to take stock of what you need, and maybe even consider donating some of the surplus.

As for those who want to use this panic as a way to make money, all I can say to them is they really need to take a second to look at themselves in the mirror.