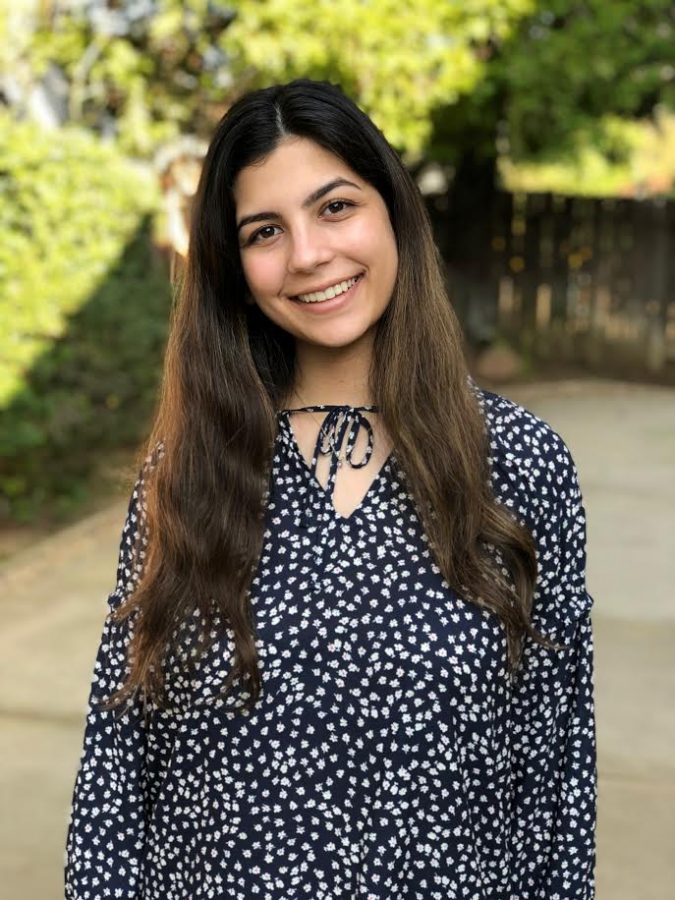 Achievement in the anthropology department appreciates her dedication and hard work.

A 19-year-old anthropology major received the Student Award for Leadership, Creativity, and Community Service from the Society for Anthropology in Community Colleges, according to a newsletter shared by the public information office.

Nikki Karapanos was thanking Professor Panagakos for nominating her for an award when she learned that she was going to receive that award, as well. Although Karapanos is a student with a 3.9 GPA and mentors nine students for the school’s First Year Experience project, she was surprised to learn about her nomination.

“She told me and I was really excited,” Karapanos said. “I wasn’t even expecting it because I didn’t even know they nominated me for an award.”

Anastasia Panagakos, an anthropology professor at Cosumnes River College, said that the anthropology department is very proud of her.

Karapanos credited Panagakos for her interest in anthropology.

“After two weeks into taking a globalization class with Dr. Panagakos, I knew that this is what I’m going to study,” Karapanos said.

To a lot of people, Karapanos was known for her hardworking spirit. Even in high school, Karapanos said that she would go “a bit over and beyond.”
“She’s a really hardworking student,” Panagakos said.

Oscar Mendoza Plascencia, a student success and support program specialist who also oversees the peer mentoring project for FYE, said that she never did the least of what was expected of her.

“She’s never a ‘bare minimum’ type of person, even if it required more time,” Plascencia said.

Martin Morales, professor and chair of the Department of Political Science & Global Studies, said that Karapanos “added dimension” to conversations in class and that she “shone like a bright star.”

“The future is limitless for her,” Morales said.

Panagakos said she is very thoughtful and listens to what other people say.

A “self-starter” is what Panagakos said describes Karapanos.

“She asks questions to improve herself and her performance,” Panagakos said. “She’s able to do things without being told to, which was key to her success.”
Plascencia said she fits the image of a well-balanced student.

“Meeting Nikki made me realize all the preconceived ideas I had of community college were wrong,” Mendoza said.

The award includes a $250 prize and free registration to SACC’s regional or national meetings, according to the newsletter.

Karapanos said that being active on campus and participating in different activities would help her as she transfers to a four-year university, as well as grad school.

“I know I’m setting myself for a lot more opportunities in the future,” Karapanos further added.

Karapanos said that it felt nice for her professors to acknowledge her achievements.

“I was very appreciative that I was being recognized by my professors in the anthropology department,” Karapanos said.