The impact of rhetoric in today’s society 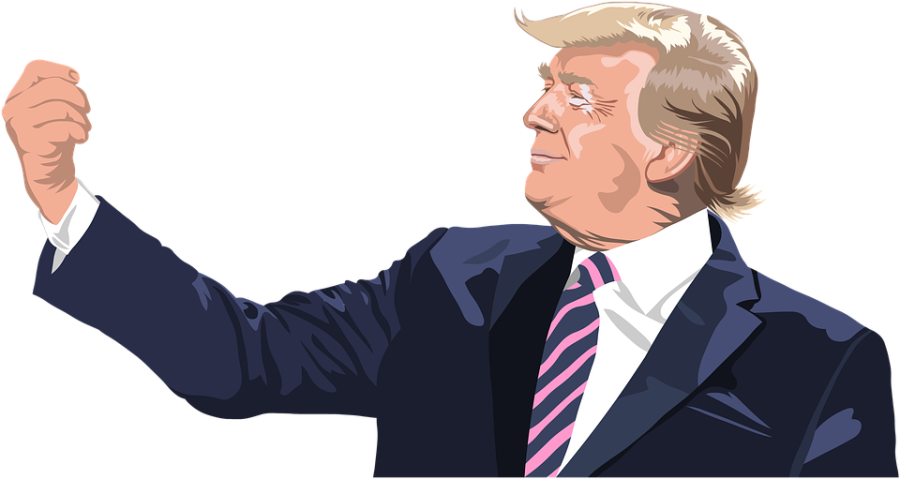 Former President Donald Trump has been scrutinized by many for his rhetoric. Trump awaits his second impeachment trial, which will begin on Feb. 8.

A conversation on the mind of many Americans today is the amount of influence the rhetoric of public figures and the platforms they use have on the major events of the last few years, in particular, the invasion of the U.S. Capitol in January.
These riots, along with other events, have been partially attributed to the rhetoric used by various public figures, especially those in the political sphere. One of the most notable questions is just how much influence these public figures have.
“Just by the sheer number of people they reach alone is a big influence,” said Sociology Professor Donnisha Lugo. “And the fact that a lot of their speech can go unchecked because it’s labeled First Amendment rights, we have to be very careful about when those First Amendment rights cross the line to incite the violence we did see at the Capitol.”
In the case of the Capitol riots, many have pointed towards both former President Donald Trump and other members of the Republican Party as inciting the rioters’ actions, both leading up to and during the events at the Capitol.
“As far as actually trying to move on that accusation of inciting a riot, it would be difficult to prove that in a senate trial for impeachment,” said Communications Professor Daniel DuBray.
DuBray said that while Trump was certainly influential in the motivations of the protestors, he didn’t necessarily believe that he directly incited the later violence.
“I don’t think there’s a time when you see Donald Trump saying ‘I want everyone to be down there at the Capitol Mall at this time of day, and bring your rocks and torches,’ I just don’t see that level for inciting,” said Dubray.
In order for speech to be considered incitement and not protected under the First Amendment, it must fall under the standard of Imminent Lawless Action. The standard, established in Brandenburg v. Ohio in 1969, requires the lawless action being incited to happen soon and for it to be likely to actually happen.
In addition to the focus on individual rhetoric, there has also been attention paid to the various news and social media companies regarding their responsibility in providing a platform to these individuals and their moderation of them.
“You’re seeing this debate on the left and right about the right of freedom of corporate expression,” said Communications Professor Nathan Miller. “In the past, the right was very for it while the left was worried about censorship, but in the last year after there have been bans on these platforms, you’ve suddenly seen them change their minds on the topic.”
Miller said that it’s a lose-lose situation for these mass communication companies as there will generally be at least one side against them.
Another issue these platforms have been put in front of is self-moderation, especially in terms of what information is being shared and its accuracy.
“While I would like the community and society to share responsibility, like how the news media reports and how we the audience consume,” said Lugo. “When we’re talking directly about misinformation we know is misinformation, those outlets have a duty to at least put some notification of it.”
Lugo said that while some platforms have adopted this policy, it was done later than it needed to be. Lugo also said that this small notification gives those consuming the media a chance to do their own research before taking the information presented at face-value.
Miller said there is more of a focus on rhetoric and language now than ever, saying he has never seen as much attention paid to rhetoric in his lifetime.
DuBray attributed this increased focus to the initial campaign and presidency of Donald Trump, saying his going against the conventions of political rhetoric.
“He was basically stating things in an opinionated way, how he saw them,” said DuBray. “The media was perplexed because when they would do polls, instead of seeing it make his approval rating going down, it increased, and he went on to win the election.”
Dubray would also say that his usage of Twitter was self-indulgent, adding to the attention. He said at the time it seemed like Trump was able to seemingly say whatever he wanted without consequence, but recently there has been a definite backlash.
“Me personally, I was glad to see the message is that you need to be responsible in the way you communicate and the language you use,” said DuBray. “And that’s not because of one political view over another, for me, any political candidate or officeholder of either side of political views needs responsibility in the way they communicate.”
The increase in racial and social justice ideologies has also led people to pay more attention to language and try to use more equity-minded language, said DuBray.
While rhetoric and the platforms they’re presented on have been a part of our society for a long time now, it seems like only recently we’ve been truly focusing on it. How or if this focus will change the way we communicate, be it through our use of language or its moderation, is something we are watching develop before our eyes.